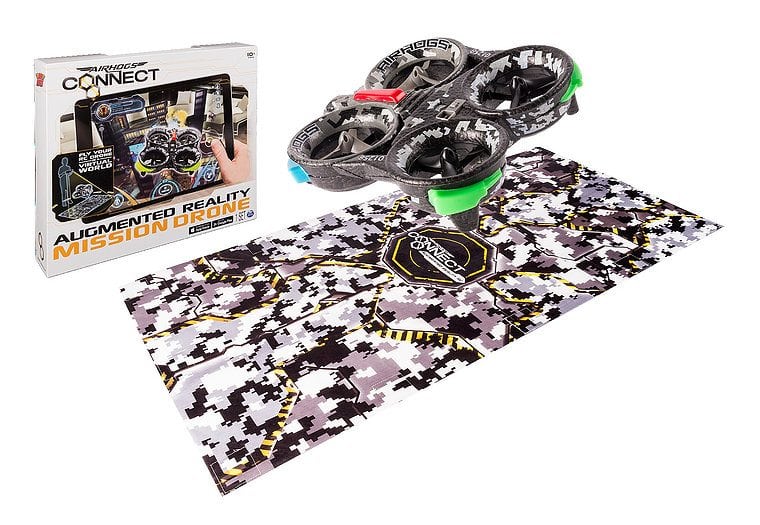 Why we like it: Compatibility with your smart device is great! The focus point is made with the mat and phone directed towards both. Drone was able to activate with ease, but took some practice to get the hang of controlling the drone. Liked that there was one button that needed to be held down to float the drone. Other buttons were for directional cues for the drone. The mat was large enough to showcase other tasks and levels the drone could go through. A fun 3D video game! Liked the carrying case and heavy duty mat. I finally got the hang of it and couldn’t stop practicing! I can see the big trend with these techy toys!

Suggested Retail: $ $149.99 For Ages: For Tweens & Teens airhogs.com
Nappa Awards Winner 2016
Share this...
Don’t Miss Out On The Fun
Sign up for our ENews and be the first to know the latest on toys & family must-haves, giveaways & gift and play ideas!
Follow Us On Instagram #PlayLearnConnect
Gives parents peace of mind while making their job