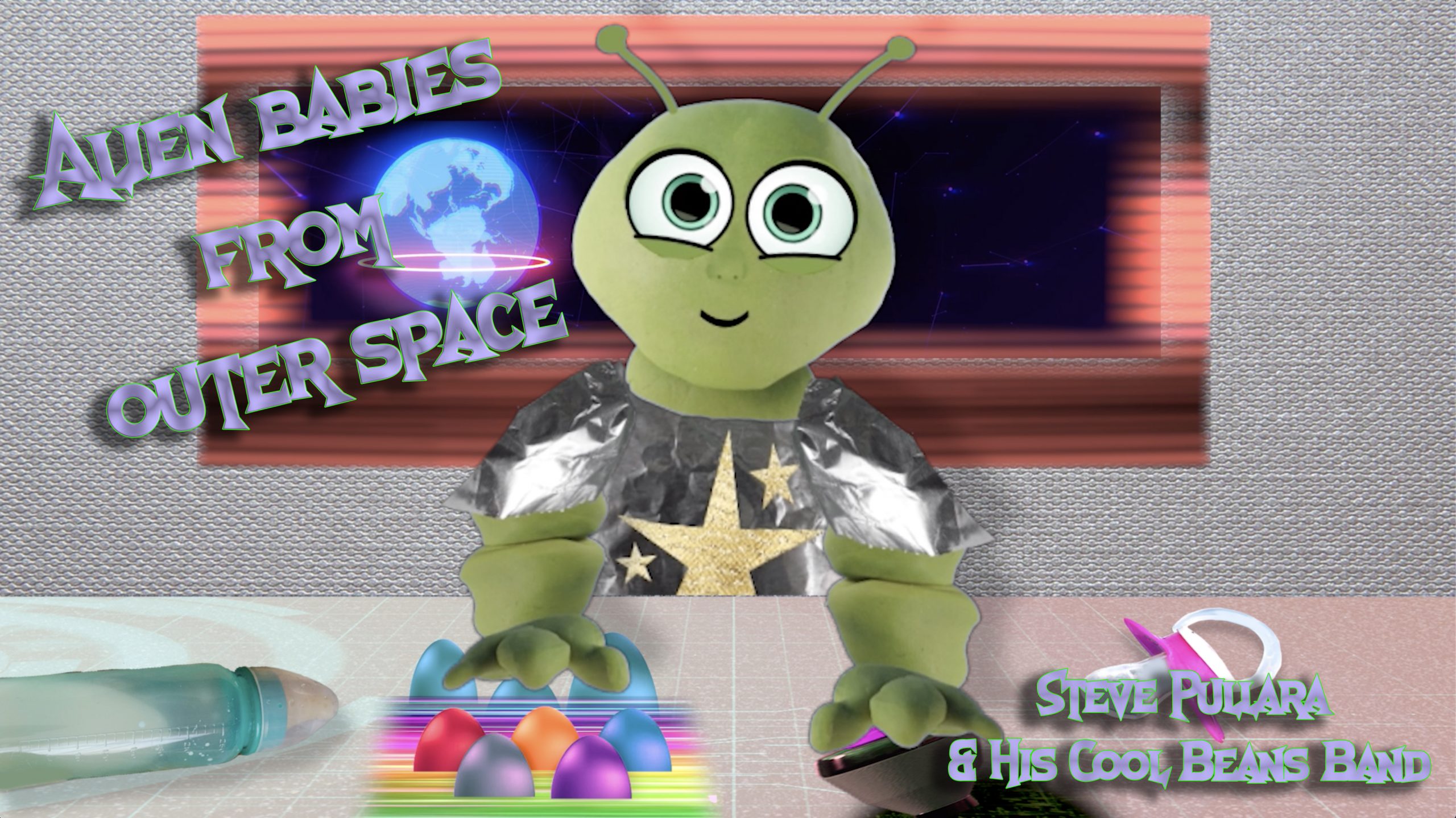 “Alien Babies from Outer Space” is a retro themed fun dance tune by Steve Pullara & His Cool Beans Band. Its lyrics are based on an imaginary 1950’s type movie plot where alien babies find their way into people’s lives.The ultimate goal of the aliens is taking over the world in many ways by posing as innocent children. The new song also has a groove-worthy video.

The single is available HERE

“Not quite an 80s-style synth pop mashup of “Attack of the 50 Foot Woman” meets “Honey, I Shrunk The Kids,” but that hopefully gets you on the musical radar of Steve Pullara’s latest single. Pullara continues the whimsical mood of his 2020 album, “An A Cappella Family” with “Alien Babies From Outer Space,” which is about, well, alien babies from outer space. However, this single is a big, goofy blast. Pullara and his Cool Beans crew conjure up an irresistible earworm of a groove that will have parents, kids and probably even alien babies dancing to the moon and back again (but that’s another story).”

For Ages: For the entire family https://www.coolbeansmusic.com/ instagram.com/stevepullara facebook.com/Steve-Pullara-and-His-Cool-Beans-Band-308468038966/ twitter.com/coolbeansmusic
Nappa Awards Winner 2021
Share this...
Don’t Miss Out On The Fun
Sign up for our ENews and be the first to know the latest on toys & family must-haves, giveaways & gift and play ideas!
Follow Us On Instagram #PlayLearnConnect
The tale of compassion and resilience that teaches