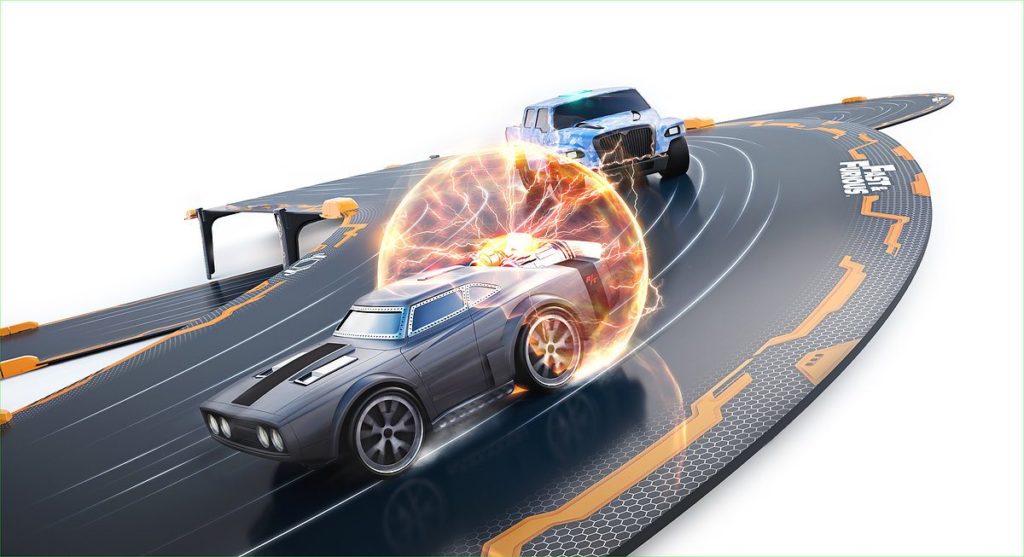 Anki OVERDRIVE: Fast & Furious Edition puts you against Artificially Intelligent Supercars in a pulse-pounding game of speed and strategy. This year, the gameplay gets even more furious with Anki OVERDRIVE: Fast & Furious Edition. This special edition brings the Toretto crew into the world of OVERDRIVE, and introduces two detailed Supercars based on the high-octane vehicles favored by Dom and Hobbs – the Ice Charger and MXT.

Suggested Retail: $$169.99 For Ages: For Ages 8+ $169.99
Nappa Awards Winner 2017
Share this...
Don’t Miss Out On The Fun
Sign up for our ENews and be the first to know the latest on toys & family must-haves, giveaways & gift and play ideas!
Follow Us On Instagram #PlayLearnConnect
A sleek line of contemporary natural-hair dolls, c