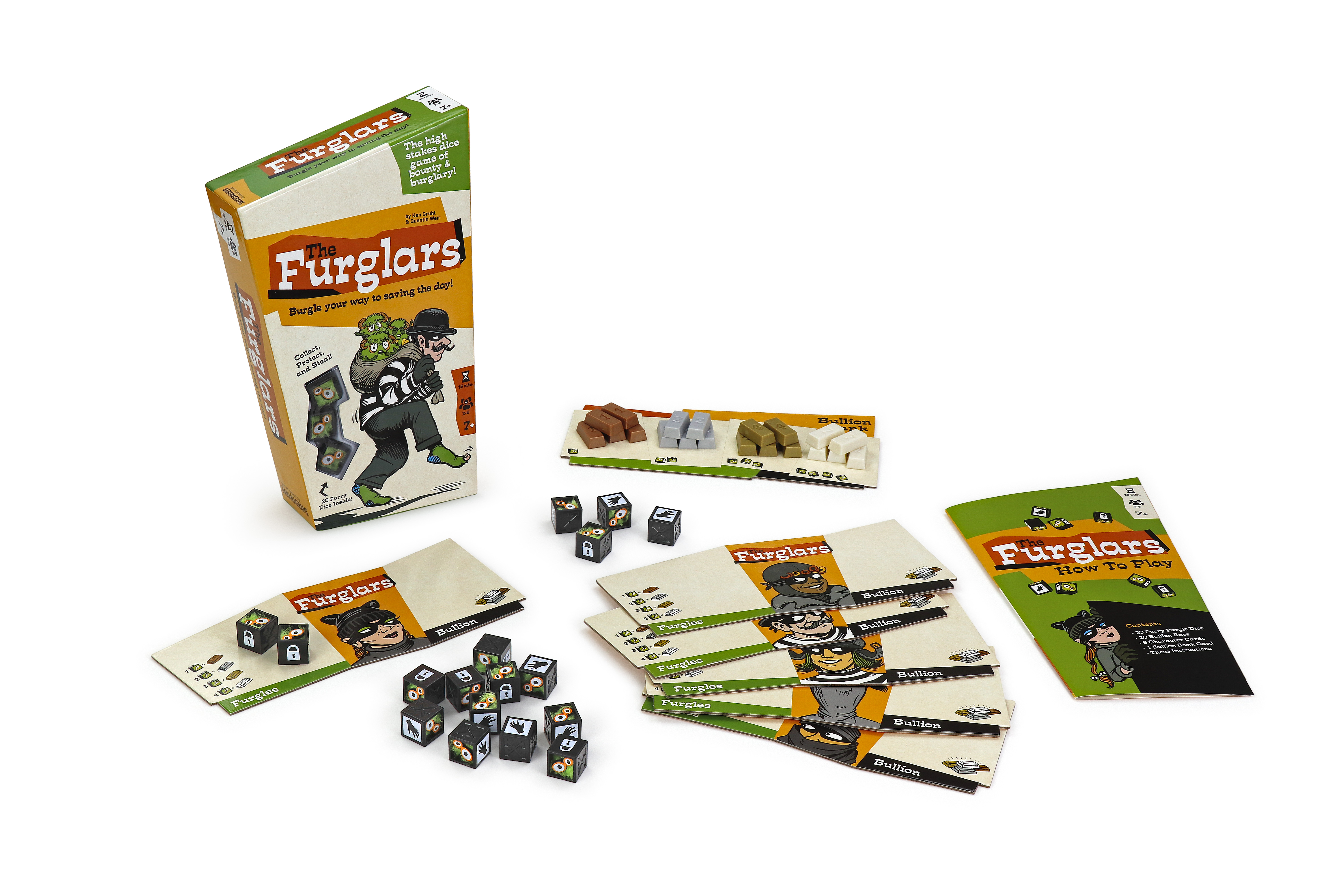 The Furglars is a dice rolling family game that takes game night to a strange and mysterious place. Players take turns rolling an ever-changing quantity of dice hoping to capture Furgles, which are represented by the furry side of each die. Furgles are then traded in for precious Bullion Points. The dice also feature a lock icon which protects Furgles, and a hand icon that can be used to pick locks and steal Furgles from other players. The first player to collect 15 Bullion Points wins the game. A sneaky addition to your family game night.

Suggested Retail: $14.99 For Ages: 7+ https://bananagrams.com/games/the-furglars instagram.com/bananagramsinc facebook.com/bananagrams twitter.com/bananagrams pinterest.com/bananagrams
Nappa Awards Winner 2019 Wacky
Share this...
Don’t Miss Out On The Fun
Sign up for our ENews and be the first to know the latest on toys & family must-haves, giveaways & gift and play ideas!
Follow Us On Instagram #PlayLearnConnect
Check out our new Baby Bundle Gift Guide. Features