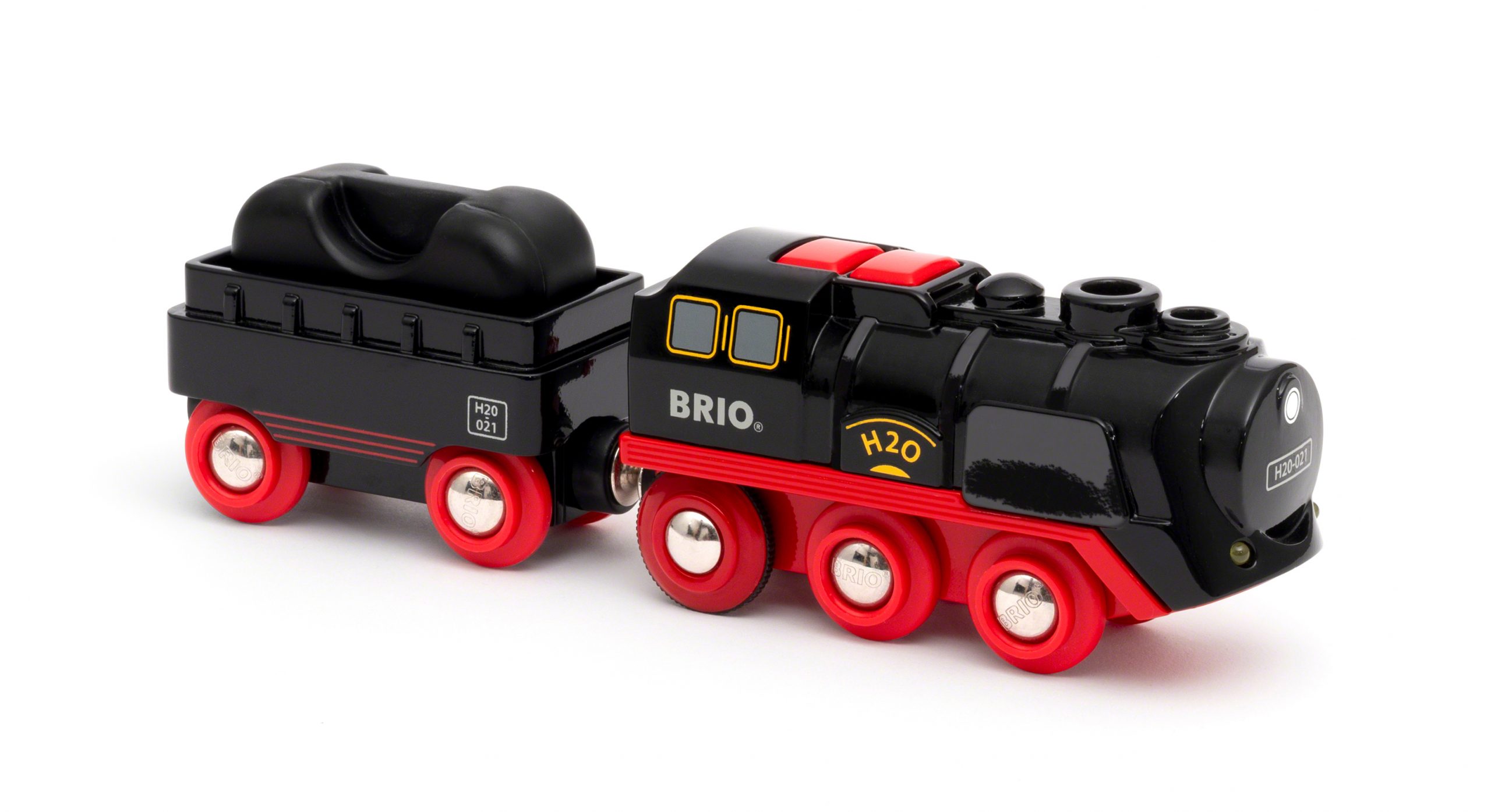 This BRIO Battery-Operated Steaming Train creates a realistic steam effect as it chugs along the toy tracks. The safe-to-touch steam effect uses water to create a cool vapor that comes out of the chimney.

“The battery-operated steaming train is so cool.”

“It’s a breeze to pop in some batteries; a little trickier to fill the train with water for the steaming effect but, once filled, it’s a really fun feature to play with. I love that the train has functioning lights in the front and can move forwards and backwards.”

“The magnetic pieces allow you to connect other cars so you can continue to build out your train set over time. The train can travel on any flat surface, but will only go in straight lines without the tracks.”

“The “steam” (mist) works very well. My daughter had so much fun playing around with it and trying to figure out how it worked.”

“When the train is in motion around the track, it puffs out steam as it goes. It also lights up which adds to the cool factor. It’s made to look like a classic steam engine train with a basic black and red color scheme. Feels very authentic and nostalgic.”

Suggested Retail: $39.99 For Ages: 3+ https://www.brio.us/ instagram.com/brioplay facebook.com/BRIOPlay #brioplay
Nappa Awards Winner 2021
Share this...
Don’t Miss Out On The Fun
Sign up for our ENews and be the first to know the latest on toys & family must-haves, giveaways & gift and play ideas!
Follow Us On Instagram #PlayLearnConnect
The tale of compassion and resilience that teaches