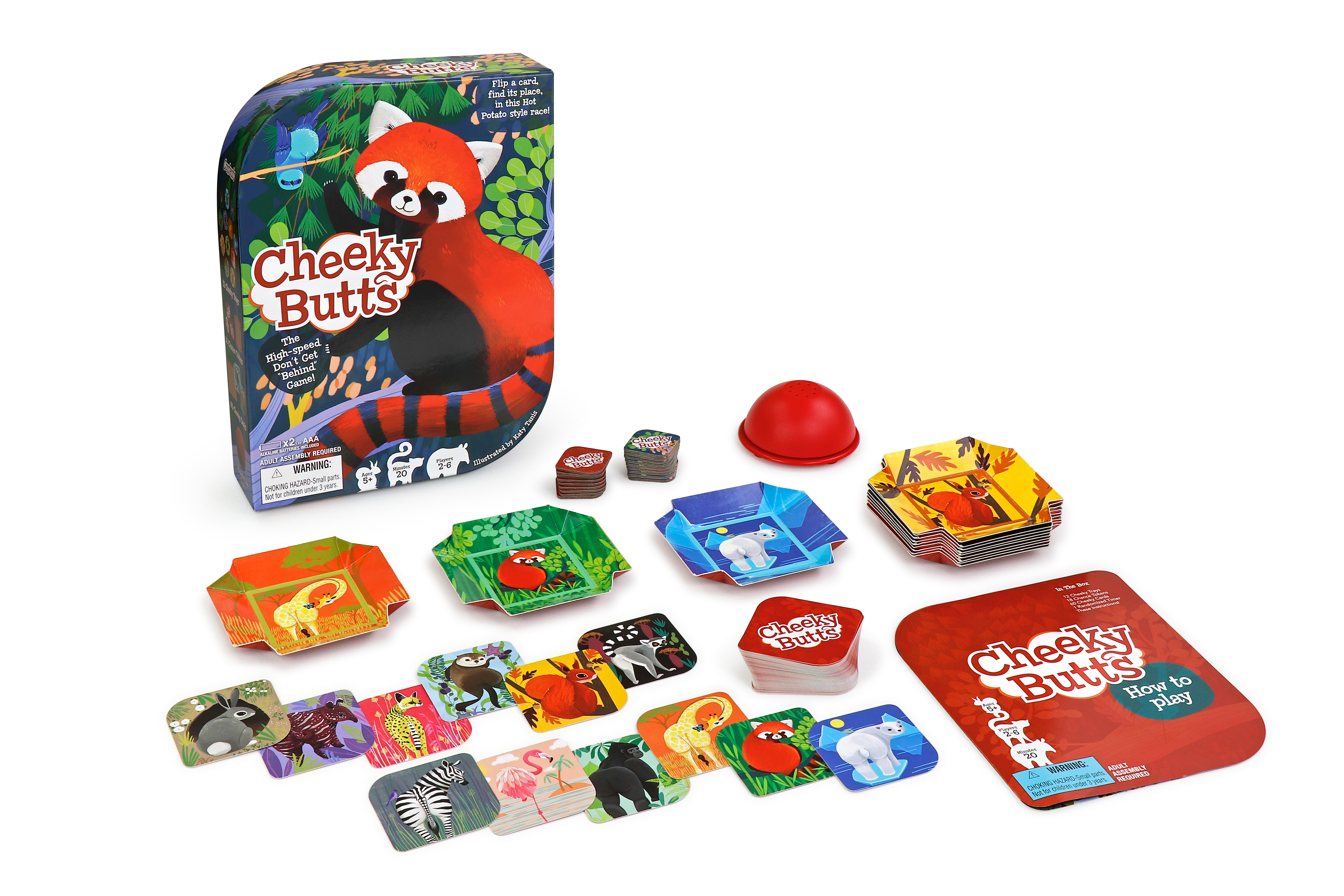 Cheeky Butts is a hot potato style family game of spot and match, where players race to pick up animal cards and place them in their matching landing trays before the randomized timer goes off. If they’re the one holding a card when the timer stops, they lose a token. When a player loses all three tokens, they’re out of the game. The last player with tokens wins. Makes a great addition to family game night.

“The illustrations on each card and the trays are adorable”

“Anything with the word “butt” in it is automatically considered fun in my house. My almost 6 and 2.5 year old boys had a blast playing this game.”

“Each time my kids picked up a card, they would say the animal’s name, followed by “BUTT!!!!” i.e. “OTTER BUTT!!!” They were cracking up the entire first round.”

“I liked how my kids were able to identify the different animals. The animals chosen are not just your basic elephant and giraffe, they also have more exotic animals like a red panda, servals, lemurs and red squirrels.”

“The objective is different than most games, but it’s fun and fast paced.”

Suggested Retail: $14.99 For Ages: 6+ https://bananagrams.com/games/cheeky-butts instagram.com/bananagramsinc facebook.com/bananagrams twitter.com/bananagrams pinterest.com/bananagrams
Nappa Awards Winner 2019
Share this...
Don’t Miss Out On The Fun
Sign up for our ENews and be the first to know the latest on toys & family must-haves, giveaways & gift and play ideas!
Follow Us On Instagram #PlayLearnConnect
Twinkle, twinkle, you're a star, how I love how ki