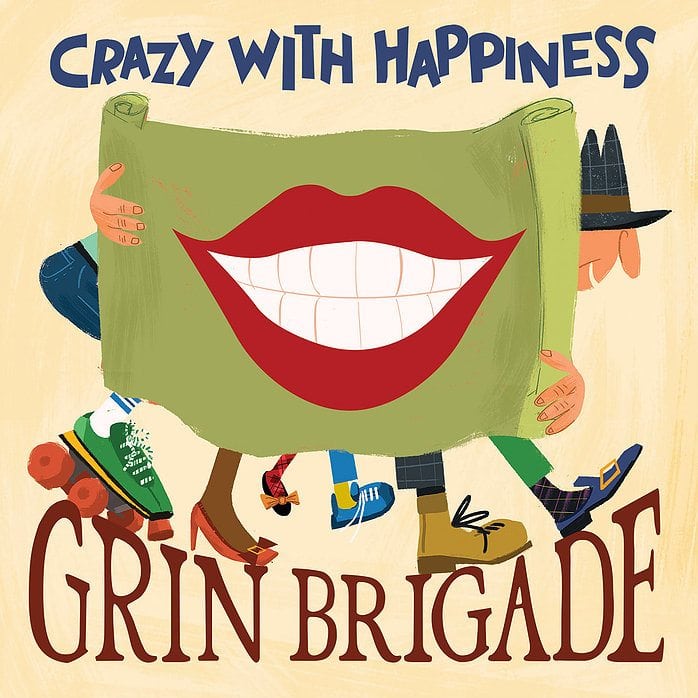 26 songs on an array of topics representing musical styles so diverse that the Grin Brigade was assembled to do justice to them all.  Crazy With Happiness pushes the limits of how much can be contained on a single CD, literally.  Filled to the brim with 13 musical styles – Beatlesque, Broadway, country, dance, folk, funk, jazz, jug band, lullaby, marching band, pop, rock, vaudeville – by 24 singers, 13 musicians, 5 songwriters, 6 producers.

Why we like it: This excellent, eclectic album was created by a number of musicians, most notably Dave Kinnoin and Randy Sharp. With nearly 80 minutes of music, this smorgasbord of songs covers a range of styles and includes tunes for all sorts of moods and occasions. Some are serious; some are silly. Some are gentle; some are boisterous. With 26 songs, this CD will have one or two, or even five or six, that will make everyone in the family smile. Another recommendable thing about this project is that it raises money for children’s charities.

Suggested Retail: $$14.98 For Ages: For Ages 5-8 songwizard.com
Nappa Awards Winner 2016
Share this...
Don’t Miss Out On The Fun
Sign up for our ENews and be the first to know the latest on toys & family must-haves, giveaways & gift and play ideas!
Follow Us On Instagram #PlayLearnConnect
The tale of compassion and resilience that teaches