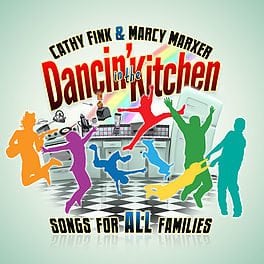 Dancin’ in the Kitchen: Songs for ALL Families by Cathy Fink and Marcy Marxer

This GRAMMY® award-winning musical duo and family music trailblazers release their 44th album together. It’s a soundtrack for 21st century families, not only reflecting the growing diversity of family structures in the U.S. and around the world, but also highlighting the idea that families are bound by love, with music celebrating that love and diversity.

Suggested Retail: $$16 For Ages: Ages: 4 to 10 years http://www.amazon.com/Dancin-In-The-Kitchen-Families/dp/B00TZ0AUH4
Nappa Awards Winner 2015 Gold
Share this...
Don’t Miss Out On The Fun
Sign up for our ENews and be the first to know the latest on toys & family must-haves, giveaways & gift and play ideas!
Follow Us On Instagram #PlayLearnConnect
The tale of compassion and resilience that teaches