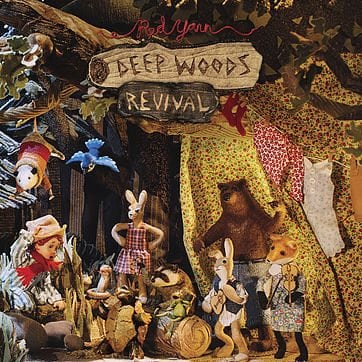 A star of Portland’s family music scene presents songs from the great American folk music canon. Deep Woods Revival has two parts (sides A and B on the vinyl edition): the first part is “For Everyone,” and provides a bright, critter-filled series of traditional songs. The next six songs form the deeper and darker narrative of Part Two, meant “For Brave Kids and Grownups.”

Why we like it: The band mines a similar musical vein as Dan Zanes. In fact, some of the tunes here will sound familiar to Zanes fans. But Red Yarn’s rousing renditions are less rooted in folk traditions (like the rather noisy guitar that buzzes through “Grizzly Bear”). The first half of the disc have songs categorized as “For Everyone” while the second is for “For Brave Kids & Grown-Ups” but all the tunes make for good listening.

Suggested Retail: $$13.00 For Ages: Ages 2 to 9 www.redyarnproductions.com
Nappa Awards Winner 2015 Gold
Share this...
Don’t Miss Out On The Fun
Sign up for our ENews and be the first to know the latest on toys & family must-haves, giveaways & gift and play ideas!
Follow Us On Instagram #PlayLearnConnect
Check out our new Baby Bundle Gift Guide. Features