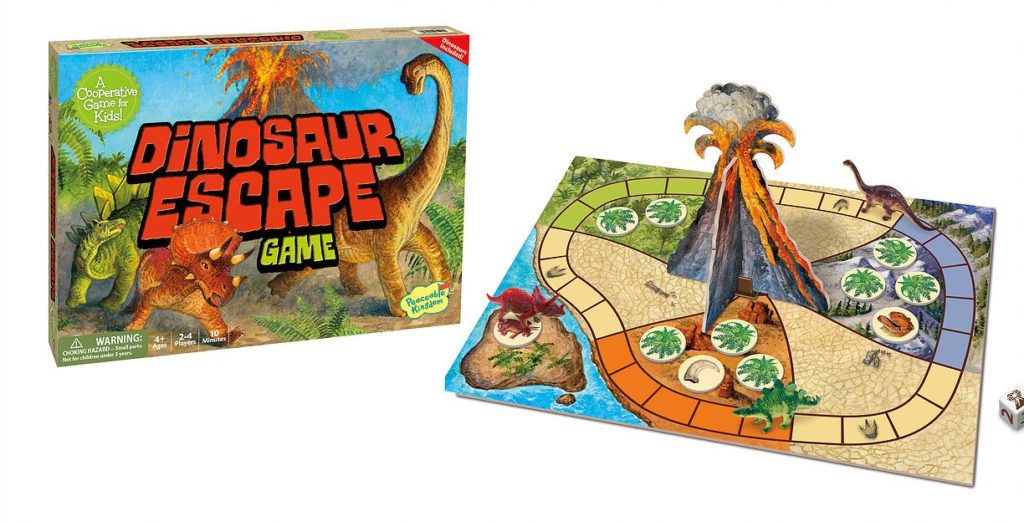 Three dinosaurs are lost in the ferns, and a volcano is threatening to blow! Work together to move the dinosaurs around the board. Uncover the matching fern tokens to rescue all three dinosaurs. get the dinosaurs safely to the island before the volcano erupts, and everyone wins!

Why we like it: Who doesn’t love dinosaurs? Dinosaur Escape has an element of memory and teamwork. The cooperative game play allows kids to problem-solve and think together to get the dinos to safety. Plus! If you lose a piece, Peaceable Kingdom will replace it—brilliant customer service message on each box.

Suggested Retail: $For Ages 4+ For Ages: $17.99 www.peaceablekingdom.com
Nappa Awards Winner 2015 Gold
Share this...
Don’t Miss Out On The Fun
Sign up for our ENews and be the first to know the latest on toys & family must-haves, giveaways & gift and play ideas!
Follow Us On Instagram #PlayLearnConnect
The tale of compassion and resilience that teaches