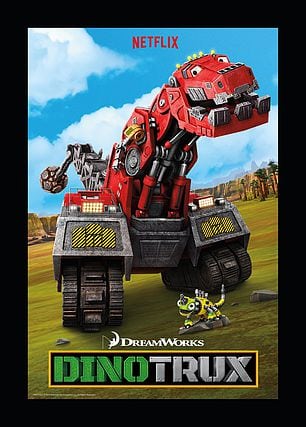 Welcome to a world of giant creatures that are half dinosaur, half truck and all awesome in the new Netflix original series DREAMWORKS DINOTRUX! Meet Ty Rux, a massive Tyrannosaurus Trux, and his best friend Revvit, a razor-sharp Reptool.  The Dinotrux and Reptools join forces for the first time ever to build a bigger, better world and battle back against the biggest and baddest of all: D-Structs, who threatens to wreck everything they’ve built.

Why we like it: DreamWorks combines two things that kids love in one show: dinosaurs and trucks! The series is cleverly written and engages both kids and adults, and as expected, DreamWorks delivers wonderful storylines and top-notch animation.

Suggested Retail: $$7.99/month For Ages: Ages: 3 to 6 years www.dreamworkstv.com
Nappa Awards Winner 2015 Gold
Share this...
Don’t Miss Out On The Fun
Sign up for our ENews and be the first to know the latest on toys & family must-haves, giveaways & gift and play ideas!
Follow Us On Instagram #PlayLearnConnect
Jam-packed with puzzles for preschoolers and toddl