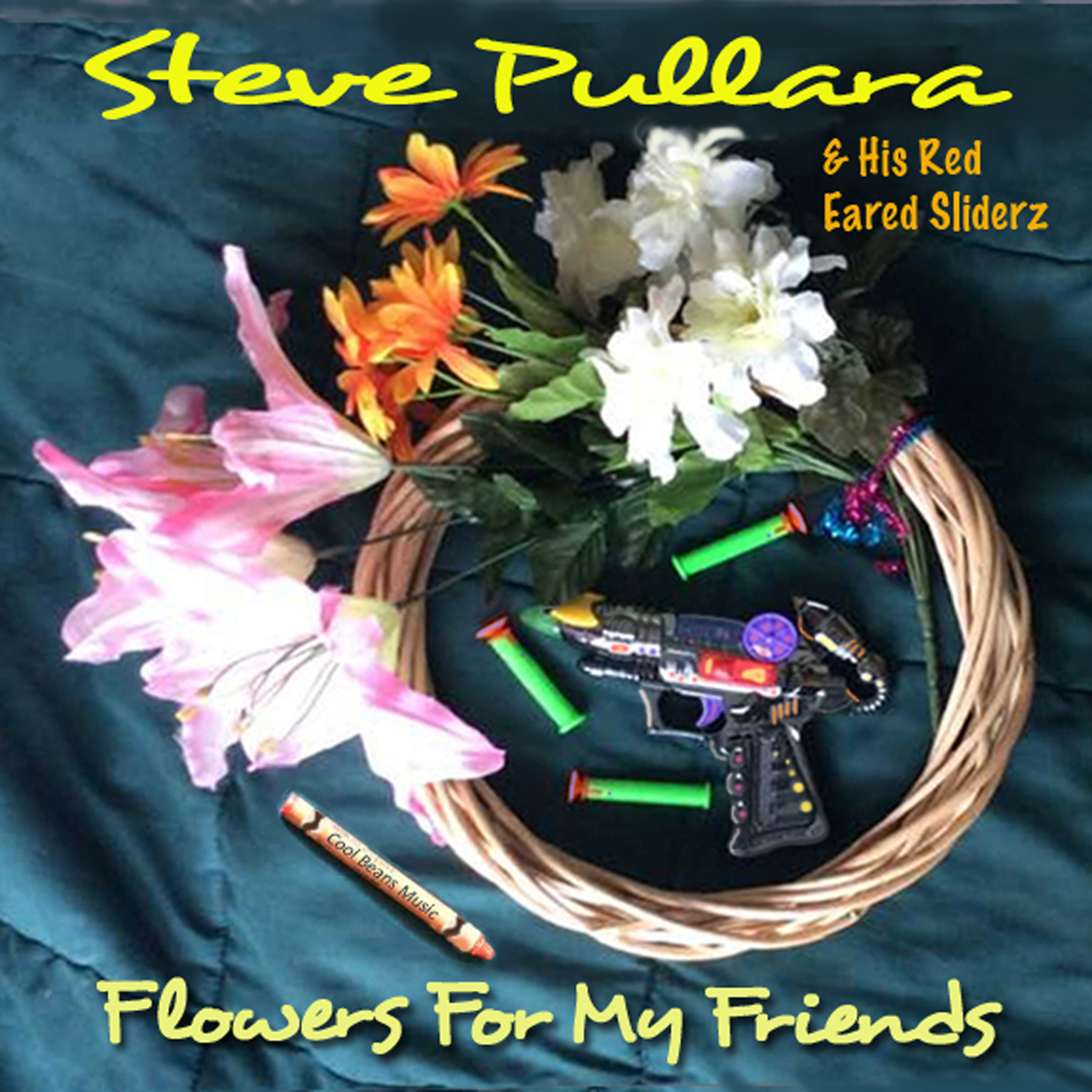 Flowers For My Friends

Flowers For My Friends by Steve Pullara & His Red Eared Sliderz is a meaningful song for older children and families to begin a conversation about the timely topic of gun violence and the toy gun culture, which is played out in many video games. The goal of the song, written through the eyes of a middle school child who has cultural fears, is to create more awareness.

From our NAPPA Music Judge:

“The award-winning children’s musician Steve Pullara is a particularly empathetic singer/songwriter. The songs on his most recent album, Kitty Cat Under My Wheelchair, were especially inspiring and empowering for those with special needs. Pullara’s new single focuses on the all-too topical issue of gun. Singing from a kid’s point-of-view, Pullara not only talks about the fatal consequences and psychological effects of gun violence (“I just buy flowers for my friends”) but also touches on the topic of how much children play with toy guns and use them in electronic gaming. In his own gentle way, Pullara delivers powerful messages on this catchy folk-rocking tune.”

Suggested Retail: $.99 For Ages: Tweens, Teens & Parents https://www.coolbeansmusic.com/ instagram.com/StevePullara facebook.com/steve-pullara twitter.com/coolbeansmusic #toyguns #gunviolenceawarenessmonth #gunsense #gunsafety
Nappa Awards Winner 2019
Share this...
Don’t Miss Out On The Fun
Sign up for our ENews and be the first to know the latest on toys & family must-haves, giveaways & gift and play ideas!
Follow Us On Instagram #PlayLearnConnect
Twinkle, twinkle, you're a star, how I love how ki