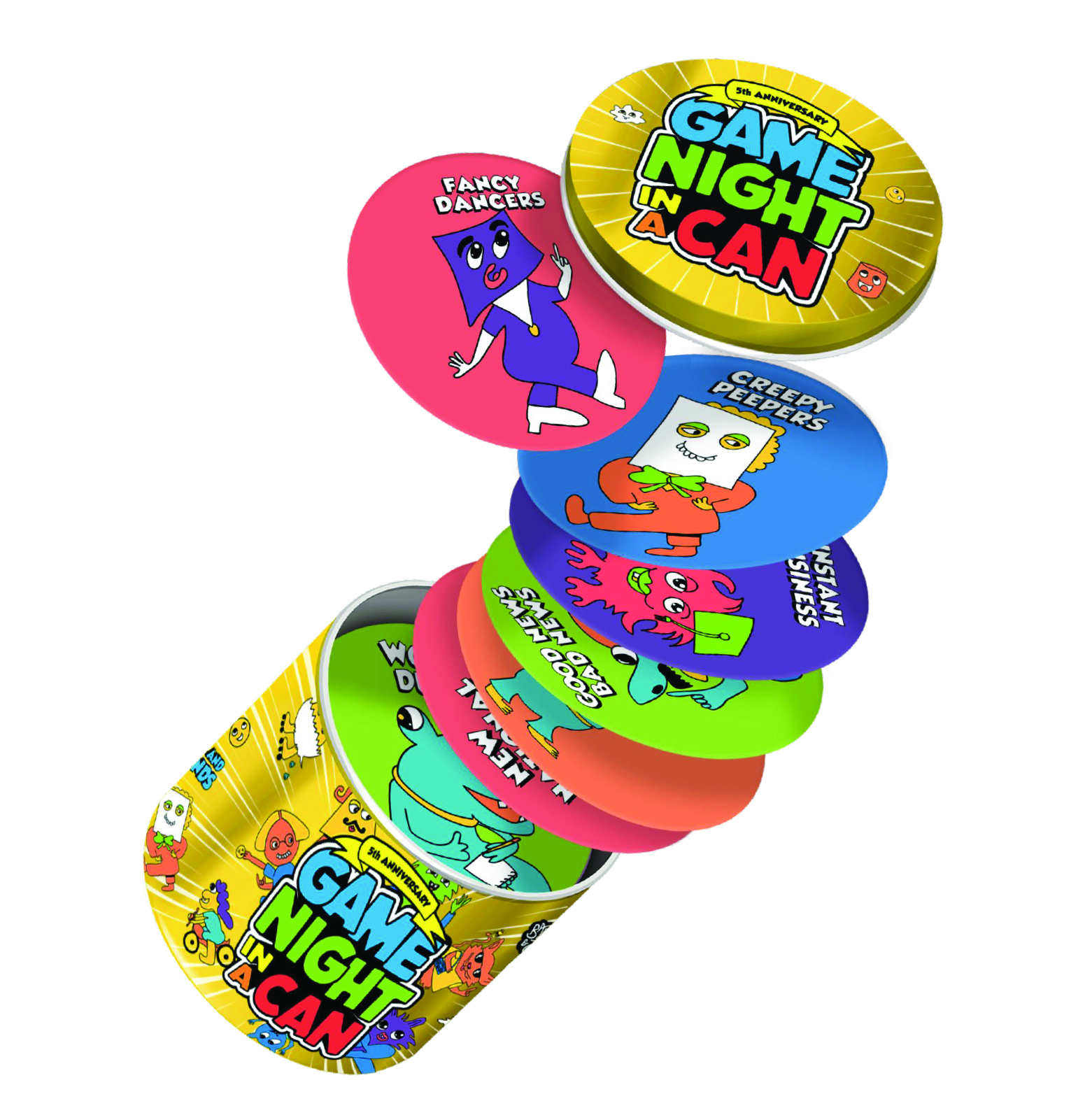 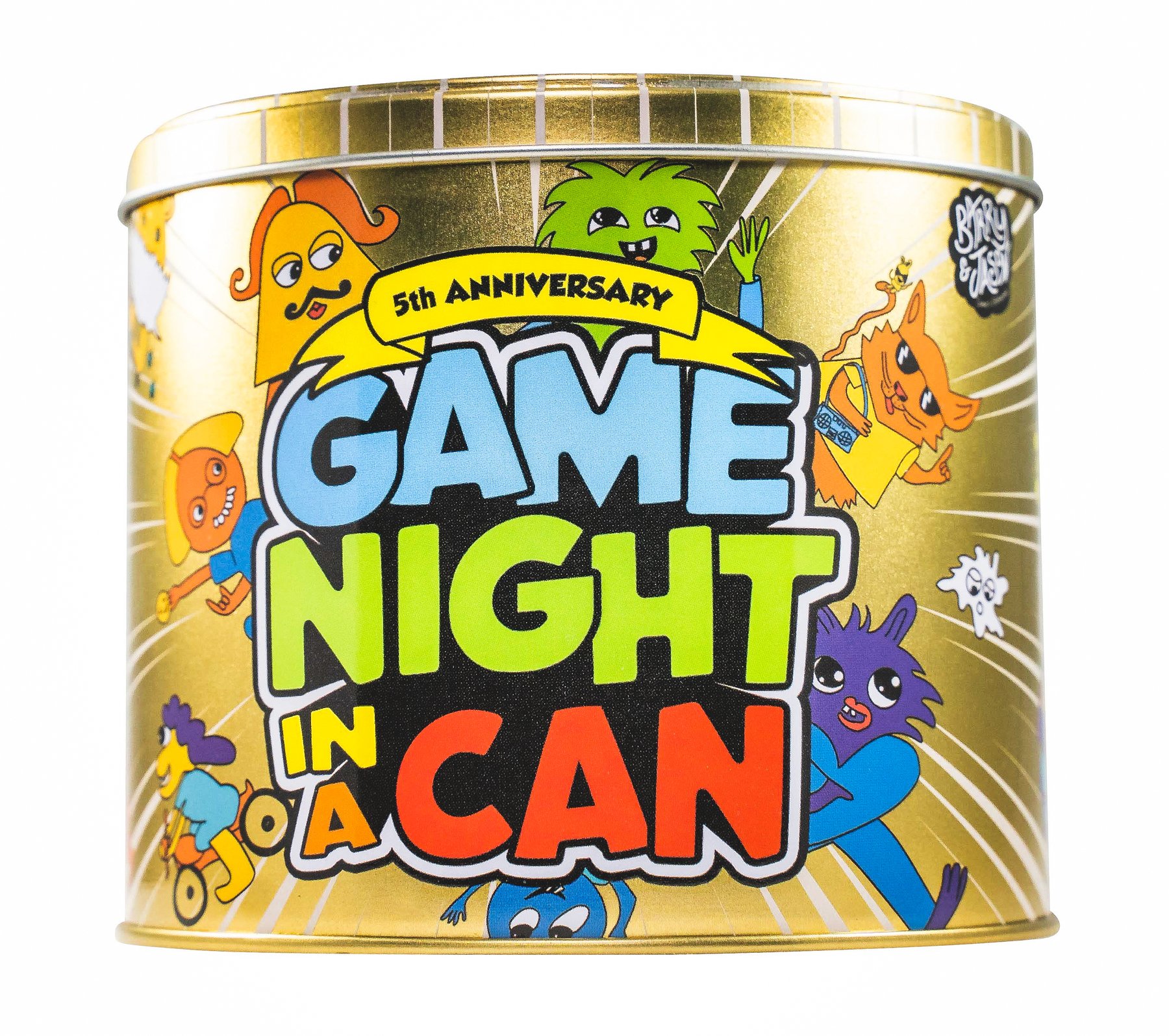 Game Night in a Can – 5th Anniversary Edition

The 5th Anniversary edition of the breakout hit game, Game Night in a Can is when the ultimate party game just got even more…ultimate! Game Night in a Can 5th Anniversary Edition is the bright and shiny new mix of mini games that focus on creativity and physical skill. Activities include competitively ﬂy paper airplanes, perform ghost stories about the room you’re in, create the World’s Worst Book Cover, bank balls of paper off your partner’s face, and more! Barry and Jason call it the most versatile party game on the planet. The new 5th Anniversary edition Includes 35 games, Gold, Silver, and Bronze “medals,” and fantastic new art! The 5th Anniversary Edition includes new games, a design upgrade, and a few other fun surprises! 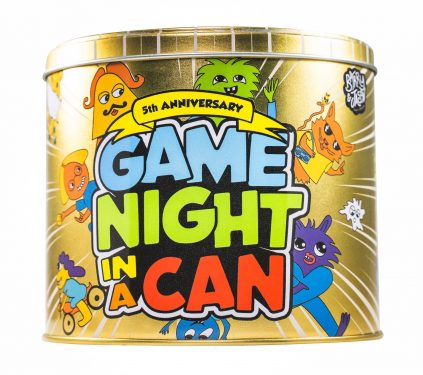 Suggested Retail: $22.99 For Ages: 8+ https://barryandjason.com/products/game-night-in-a-can-5th-anniversary instagram.com/barryandjason facebook.com/barryandjason twitter.com/barryandjason #GNIAC #BARRYANDJASON #BOARDGAMES
Nappa Awards Winner 2021
Share this...
Don’t Miss Out On The Fun
Sign up for our ENews and be the first to know the latest on toys & family must-haves, giveaways & gift and play ideas!
Follow Us On Instagram #PlayLearnConnect
This swaddle and bodysuit included in the Newborn