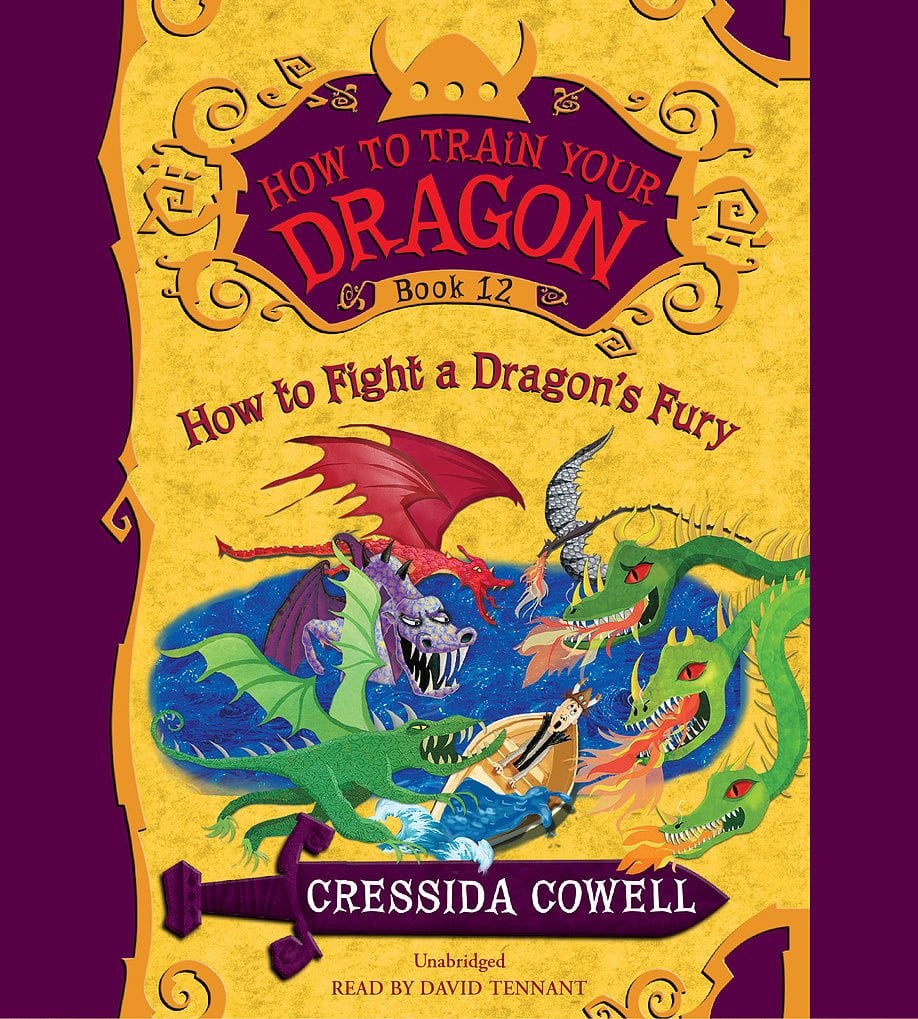 HOW TO TRAIN YOUR DRAGON: HOW TO FIGHT A DRAGON’S FURY by Cressida Cowell, Read by David Tennant by HACHETTE AUDIO

Book 12 is the epic finale to the New York Times bestselling How to Train Your Dragon series, read by the one and only David Tennant! In this final book of the incredible series, listeners will learn how tiny Hiccup the Viking became king of his people, and united humans and dragonkind. In Hiccup’s misadventures, the stakes have never been higher, as the very fate of the Viking world hangs in the balance!

Why we like it: Book 12 is the finale to this wonderful series. More Hiccup Horrendous Haddock III’s adventures. More dragons! More mishaps! Readers will not be disappointed in this book but they may be disappointed in not being about to read more books. Nicely read by celebrity, David Tennant. FUN!

Suggested Retail: $CD: $20.00 / DL: $16.98 For Ages: For Ages 4 to 8 www.soundcloud.com
Nappa Awards Winner 2016
Share this...
Don’t Miss Out On The Fun
Sign up for our ENews and be the first to know the latest on toys & family must-haves, giveaways & gift and play ideas!
Follow Us On Instagram #PlayLearnConnect
Gives parents peace of mind while making their job