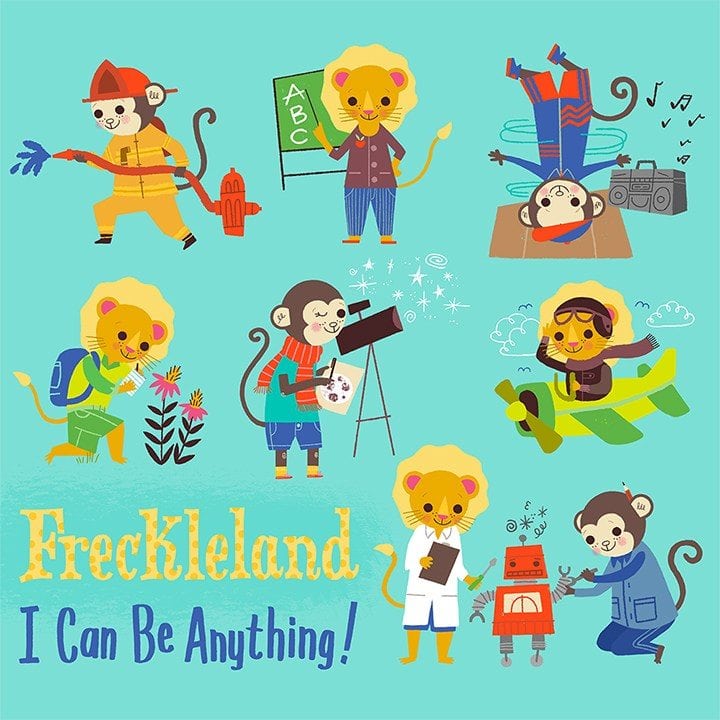 I Can Be Anything! by Freckleland

Freckleland’s (formerly “Freckles”) “I Can Be Anything!” is an album of empowering songs which encourage kids to dream and to be proud of who they are. Their debut album was awarded NAPPA and Parents’ Choice Gold Awards, Grand Prize in the John Lennon Songwriting Contest, and 1st Place in the International Songwriting Competition. Freckleland can be heard on the Memories app in the new iPhone iOS, and they were recently featured in YouTube Kids.

Suggested Retail: $$5.99 For Ages: For Birth+ www.freckleland.com
Nappa Awards Winner 2016
Share this...
Don’t Miss Out On The Fun
Sign up for our ENews and be the first to know the latest on toys & family must-haves, giveaways & gift and play ideas!
Follow Us On Instagram #PlayLearnConnect
A sleek line of contemporary natural-hair dolls, c