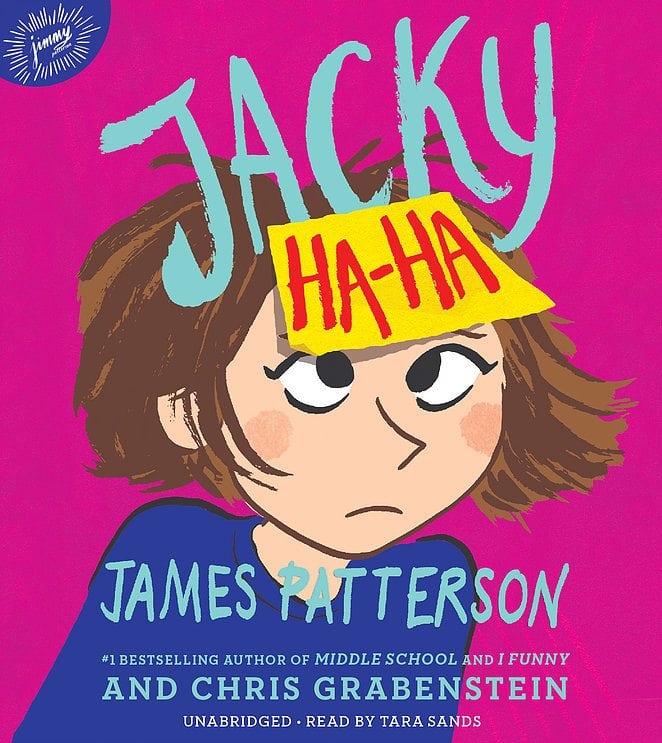 In his new middle grade novel that debuted at #1 on the New York Times bestseller list, James Patterson introduces his hilarious new heroine, Jacky Ha-Ha, a class clown who makes people laugh with her so they can’t laugh at her. The book deals with the topics of having a parent in the military, absentee parents, and children taking on major family responsibilities and academic pressures.

Why we like it: James Patterson seems to be winning over a new generation of readers. Jackie Ha-Ha is fun and relate-able. She’s going through things that her readers will be able to understand. The humor seems to play better via the audiobooks than the books. (Comedy is all about the timing!)

Suggested Retail: $CD: $18.00 / DL: $16.98 For Ages: Ages: 8 to 12 www.soundcloud.com
Nappa Awards Winner 2016
Share this...
Don’t Miss Out On The Fun
Sign up for our ENews and be the first to know the latest on toys & family must-haves, giveaways & gift and play ideas!
Follow Us On Instagram #PlayLearnConnect
This swaddle and bodysuit included in the Newborn