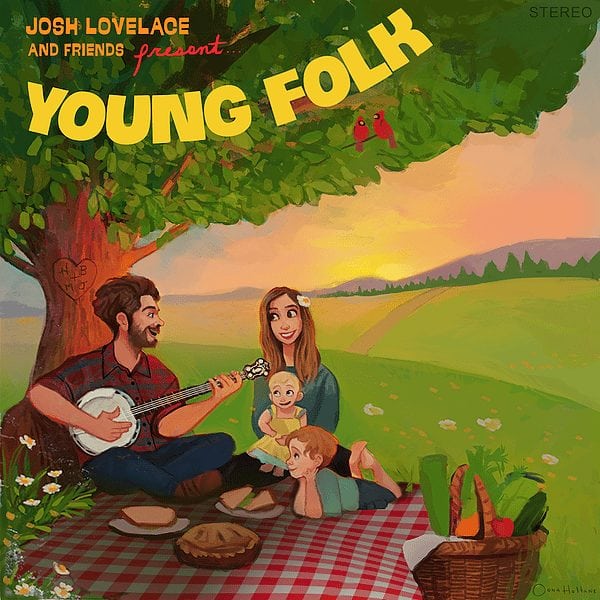 This a great family album from Josh Lovelace of the Grammy nominated rock band NEEDTOBREATHE. The collection of songs features guest appearances from Ben Rector, Ellie Holcomb, Spirit Family Reunion, and members of the legendary children’s group Sharon, Lois & Bram. The album’s been praised by Zooglobble, HuffPost, and more, and it’s currently being played on SiriusXM’s Kids Place Live.

Here is the review of Josh Lovelace and Friends Present: Young Folk from our music expert at NAPPA:

“Lovelace has taken a break from his main gig as keyboardist for the Grammy-nominated rock group NEEDTOBREATHE to make some music for (and with) his kids and for yours. Lovelace stocks Young Folk with a terrific mix of tunes, some goofy and some gorgeous. “Daddy’s Beard” and “A Bear In The Woods” (the latter featuring singer/songwriter Ben Rector) are prime examples of his rollicking sense of humor, while “Going To Knoxville,” a fun twangy foot-stomping collaboration with the Spirit Family Reunion. Lovelace also shines on a pair of gentle love songs, “Your Love Is On My Heart” and “More Time With You,” that would work just as successfully as “grown-up” songs as they do kids tunes. Josh Loveless certainly has come up with a lovely album for his children’s music debut.

Suggested Retail: $$9.99 For Ages: For the entire family https://www.joshlovelacemusic.com
Nappa Awards Winner 2018
Share this...
Don’t Miss Out On The Fun
Sign up for our ENews and be the first to know the latest on toys & family must-haves, giveaways & gift and play ideas!
Follow Us On Instagram #PlayLearnConnect
Gives parents peace of mind while making their job