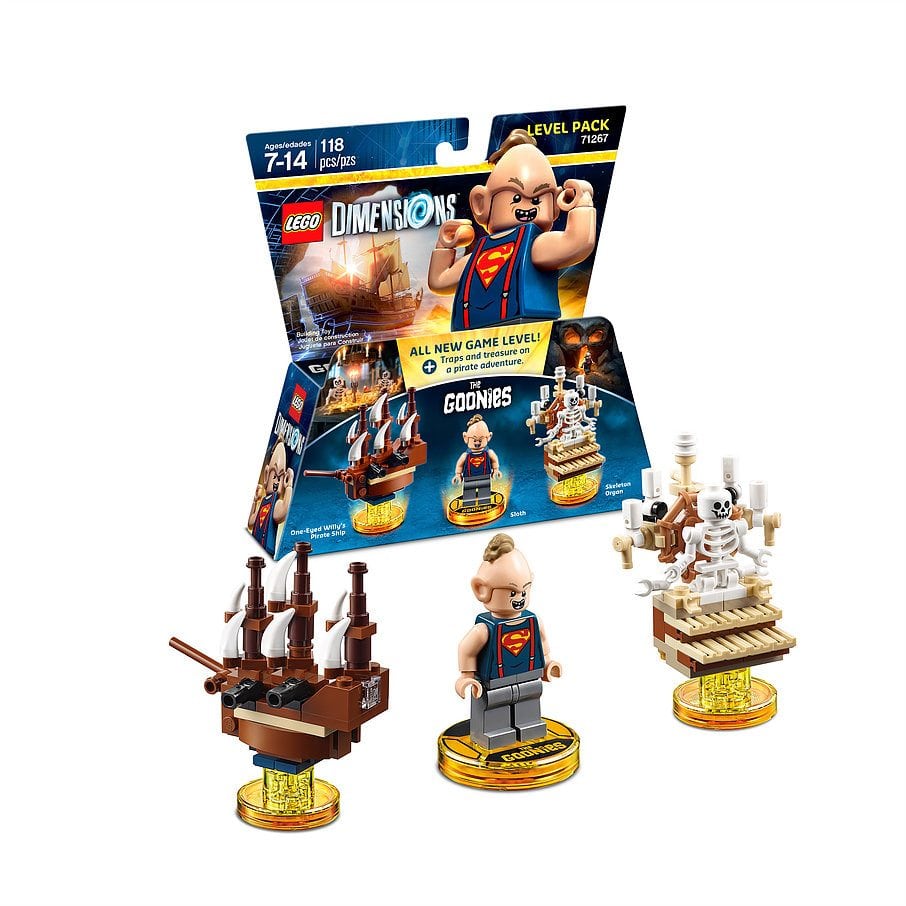 LEGO Dimensions, The Goonies Level Pack from Warner Bros. Interactive Entertainment, brings to you The Goonies Level Pack. It  includes a complete level of The Goonies gameplay where fans can play through the story of the iconic ‘80s film. Players can use Sloth’s Super Strength to smash through walls or play as Chunk and use his infamous Truffle Shuffle. Sloth provides access to a new The Goonies Battle Arena, and also the Adventure World where players can explore Mikey’s House, Inferno Cove and the Goon Docks.

Our product testers had this to say about the LEGO Dimensions, The Goonies Level Pack
“A fun product if you’re into Legos and The Goonies”
“If you love The Goonies this is a must have!”

Suggested Retail: $$29.95 For Ages: For Ages 7+ www.lego.com
Nappa Awards Winner 2017
Share this...
Don’t Miss Out On The Fun
Sign up for our ENews and be the first to know the latest on toys & family must-haves, giveaways & gift and play ideas!
Follow Us On Instagram #PlayLearnConnect
The tale of compassion and resilience that teaches