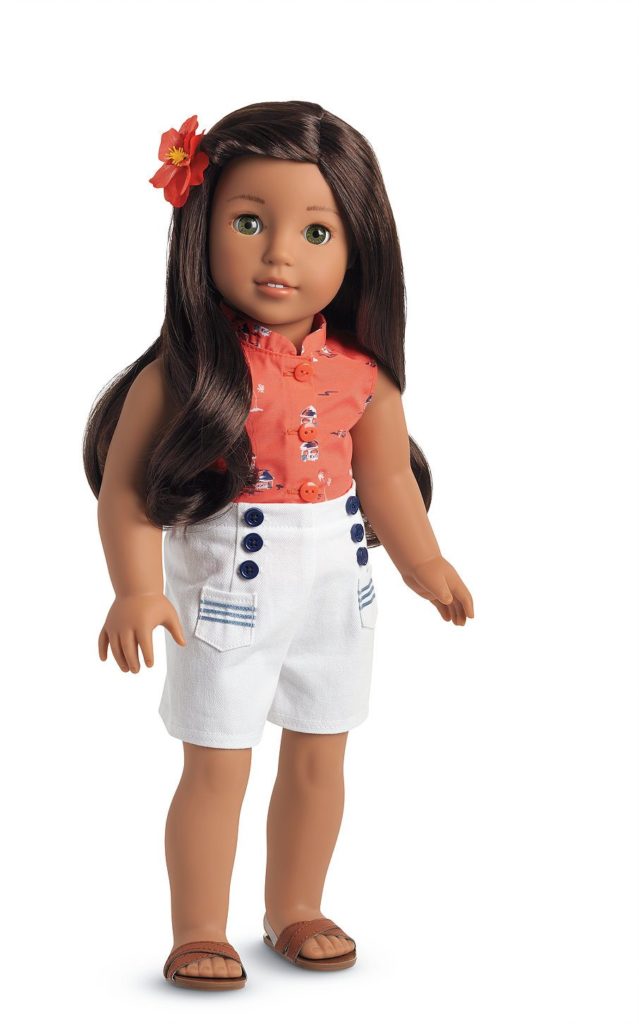 The Nanea Doll from American Girl. Nanea Mitchell, American Girl’s newest BeForever character, is a brave, determined girl growing up in Honolulu, Hawaii, in 1941. Nanea does her part to help and heal her community during wartime. The 18” Nanea doll has hazel eyes and wavy dark-brown hair. She arrives in a button-front pake blouse with an island graphic, sailor-style moku shorts, underwear, and shoes with crisscross straps. Also included is a paperback of Growing Up with Aloha by Kirby Larson.

Suggested Retail: $$115.00 For Ages: For Ages 8+ www.americangirl.com
Nappa Awards Winner 2017
Share this...
Don’t Miss Out On The Fun
Sign up for our ENews and be the first to know the latest on toys & family must-haves, giveaways & gift and play ideas!
Follow Us On Instagram #PlayLearnConnect
A sleek line of contemporary natural-hair dolls, c