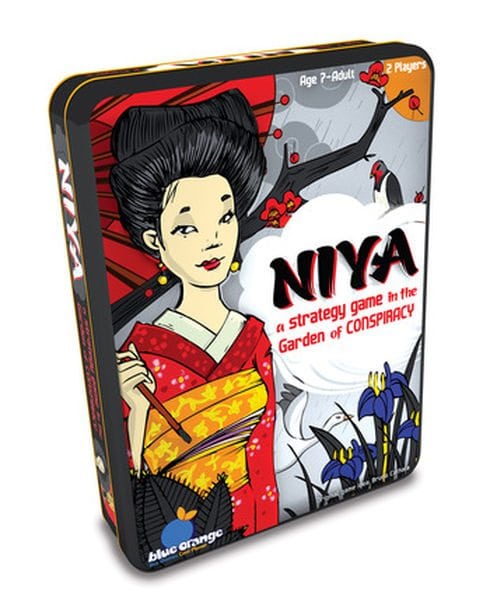 In Japan’s Imperial Garden, courtly manners and nature’s beauty veil a dark political conspiracy among two influential clans. On each turn, players replace a garden tile with one of their clan tokens. The next player can only exchange a token for a garden tile that has an element in common with the previously chosen tile. The first to position their clan in a row, square, or blockade will win control of the garden!

Why we like it: Develop critical thinking and strategy while spending time in the imperial garden. The winning strategist’s clan seizes control of the garden. Players must activate their executive functioning skills in order to match elements and outwit their opponent.

Nappa Awards Winner 2014 Silver
Share this...
Don’t Miss Out On The Fun
Follow Us On Instagram #PlayLearnConnect
Congrats to our NAPPA Award winners featured in th

Just a few of the many fun toys we saw today! @toy

Meet the Lulla Doll -- a sleep companion for babie

Imagine learning to #code at age 3. You can with M

Engaging & playful album with songs about a peacef

An irresistible #book from the New York Times best

The old adage “it takes a village to raise a chi

Double V by Morgan and Milo is perfect for kids wh

Last day to enter this #giveaway! Enter through ou

#giveaway @hue_hd Enter through link in our bio L

Keep all your #baby essentials #organized with the

Created by a pediatric speech pathologist with the

No Thanks Let's Connect