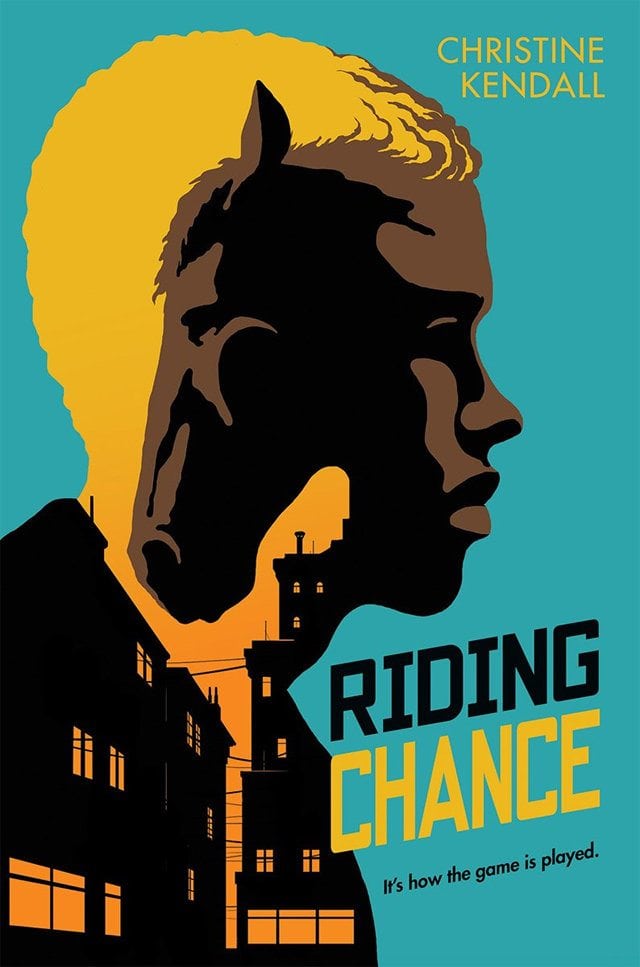 Riding Chance began as a bolt of aural inspiration for debut novelist Christine Kendall — in 2011, she heard a National Public Radio feature on Philadelphia’s “Work to Ride” program. Unable to get the idea of urban kids learning horsemanship in exchange for working in the city park stables, Christine began exhaustively researching and visiting the program. That story spark blossomed into her vivid, gripping debut middle-grade novel, Riding Chance.

Why we like it: Moving premise – Inner-city teen distressed by his mother’s death makes some wrong choices and learns to change by discovering a love of horses. It’s a good edition to diverse kidlit in that it presents an interesting twist on urban lit by focusing on polo. The book is slow at times, but it does address family, racism, anger, and other realities, which makes it worth reading.

Suggested Retail: $$16.99 For Ages: For Ages 10 to 14 edelweiss.abovethetreeline.com
Nappa Awards Winner 2016
Share this...
Don’t Miss Out On The Fun
Sign up for our ENews and be the first to know the latest on toys & family must-haves, giveaways & gift and play ideas!
Follow Us On Instagram #PlayLearnConnect
It's the Season of Wonder in Northeast Ohio Parent

Check out all the NAPPA Winning Products featured