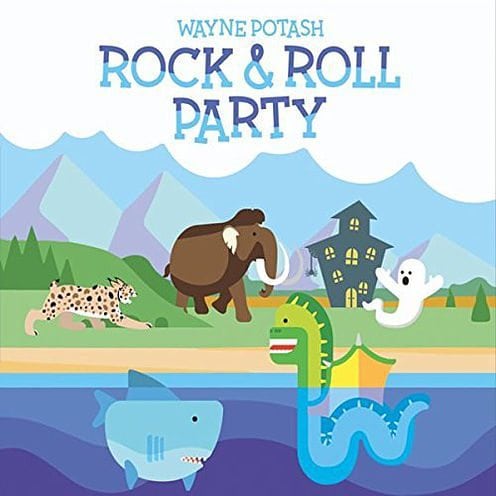 In Rock & Roll Party by Wayne Potash you can  rock out with 16 rock & roll songs mixing original tunes (many co-written with groups of children) with rock classics by Aerosmith, The Who, George Thorogood and John Lee Hooker with clever new kid-friendly lyrics. High energy songs blended with some mellower tunes encourage kids to join the party and sing and dance along.

Our Music reviewers had this to say about Rock & Roll Party by Wayne Potash:

“Here’s a kids rock & roll party that parents will want to attend along with their children. Potash has packed his CD with songs that really rock (check out the guitar crunch on “At The Baseball Game” that kicks off the disc). He scores well with his sense of humor too (the song “Bobcats” is about both the animal and the construction equipment). Potash also stocks the album with classic rock songs, like “Bad To The Bone” and “Train Kept A-Rollin,” that he has smartly re-imagined for kids, along with a version of the Who’s “Boris The Spider” that he has left alone.”

Suggested Retail: $$14.99 For Ages: For children aged 4-8 years old. waynepotash.com
Nappa Awards Winner 2017
Share this...
Don’t Miss Out On The Fun
Sign up for our ENews and be the first to know the latest on toys & family must-haves, giveaways & gift and play ideas!
Follow Us On Instagram #PlayLearnConnect
Gives parents peace of mind while making their job