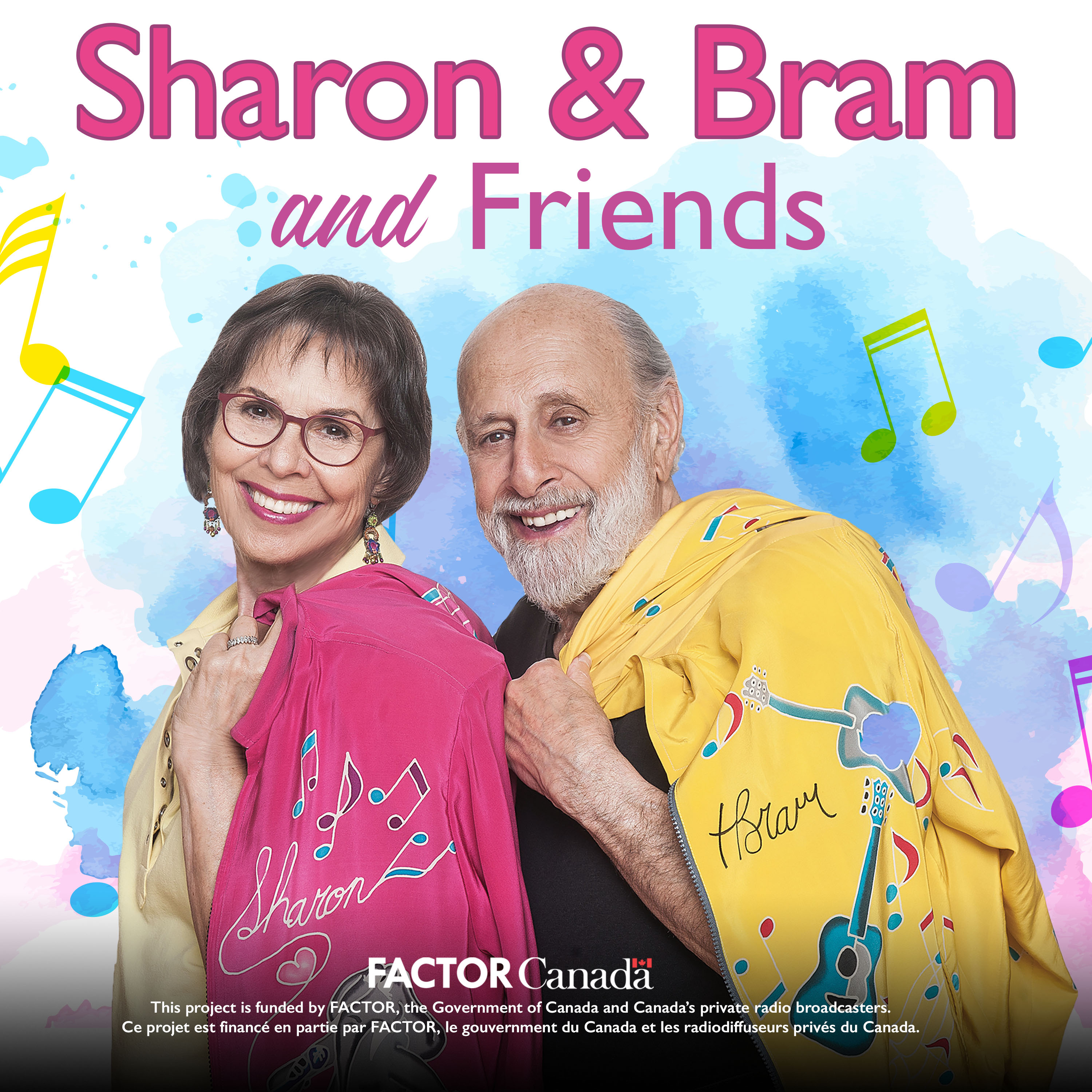 Their first album in more than 20 years. Sharon & Bram and Friends includes singles released during their recent 40th Anniversary celebration, as well as a brand-new single “Old Coat” and the debut of a sing-along version of “The Colour Songs”. Much of the material was written by Sharon’s husband Joe Hampson with additional lyrics by her daughter Randi Hampson.
Since 1978, Sharon & Bram have been pre-eminent in all aspects of family entertainment across North America as members of the trio Sharon, Lois & Bram.

“Institutions in the children’s music world, Sharon Hampson and Bram Morrison spent decades, as 2/3 of the hugely popular trio, Sharon, Lois and Bram and, for most of the 21st century, performed as a duo after Lois Lilienstein’s retirement (she passed away in 2015). The two recently had their 40th anniversary farewell tour; however, they haven’t totally said goodbye, and this terrific little album reveals that their music-making is as vital as ever. In their songs, they talk about having a peaceful world, the joys of playing an instrument, and the importance of compassion in ways that are straightforward but playful and engaging for young listeners. One particular highlight is “The Colour Song,” where they delve into explaining homonyms in a most delightfully daffy way. Fans, old and young, also will be pleased to know that the album concludes on a new “Skinnamarinky” note.”

Suggested Retail: $8.99 For Ages: For entire family http://www.casablancakids.com instagram.com/sharonandbram facebook.com/sharonandbram twitter.com/@SharonandBram #SLB40 #SharonandBram #skinnamarink
Nappa Awards Winner 2020
Share this...
Don’t Miss Out On The Fun
Sign up for our ENews and be the first to know the latest on toys & family must-haves, giveaways & gift and play ideas!
Follow Us On Instagram #PlayLearnConnect
This swaddle and bodysuit included in the Newborn