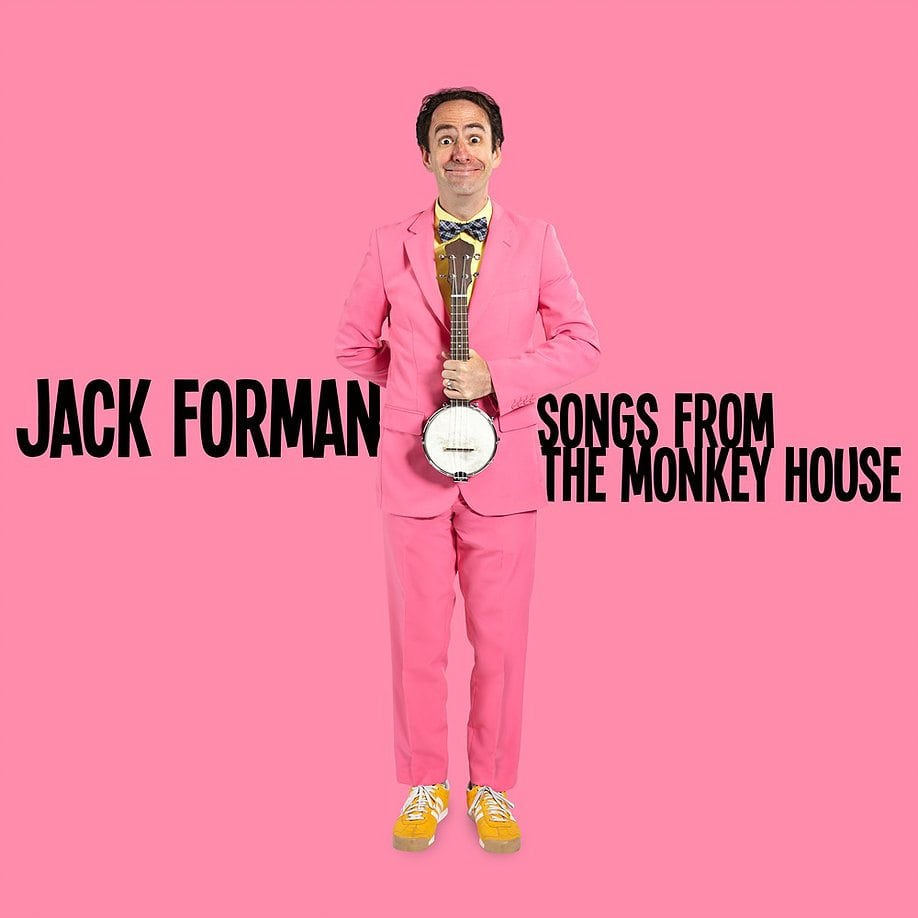 Songs from the Monkey House by Jack Forman CD

Jack Forman,  a radio host on SiriusXM and leader of the band Recess Monkey, likes to say that he is “at least 75 percent coffee,” and his high-energy hijinks are on display with these 12 new original songs. From “Watermelon” to “Yodeling Yoda,” “Candy Tour” to “Sportball Anthem,” the songs reflect Jack’s offbeat humor and eclectic musical tastes. All songs are inspired by Jack’s conversations with kids.

“Taking a recess from his Grammy-nominated band Recess Monkey, Jack Forman has concocted a super fun solo album. He cleverly contorts Star Wars lore on “Yodeling Yoda” and reimagines Willy Wonka as a reality show on “Candy Tour.” Food frequently fuels Forman’s love for witty lyrics, even if he can get a little cheesy (there are two tunes about cheese). And then there’s “I Lost My Lunch,” which will have you busting a gut in laughter if you can stomach the song’s punchline. Easier to swallow are his delightfully daffy ways he twists normality, whether it is the real world (“Stand In,” “Not A Cloud”) or songs themselves (“No Name,” “This Is The End”). Hopefully, this is not the end of Forman’s solo outings.”

Suggested Retail: $$9.99 For Ages: For ages 5 to 10 https://www.amazon.com/dp/B074XCCRPR
Nappa Awards Winner 2017
Share this...
Don’t Miss Out On The Fun
Sign up for our ENews and be the first to know the latest on toys & family must-haves, giveaways & gift and play ideas!
Follow Us On Instagram #PlayLearnConnect
Check out all the NAPPA Winning Products featured