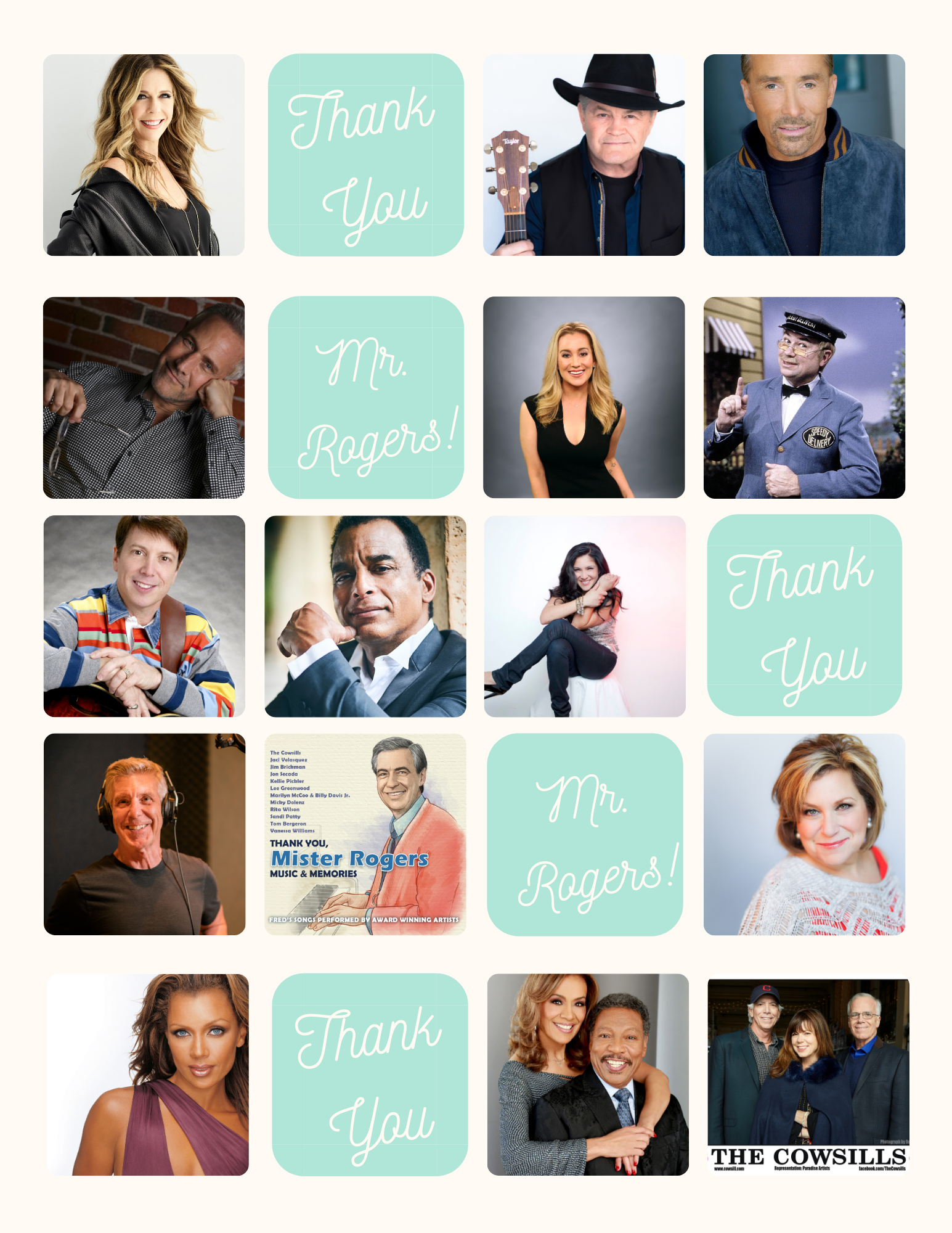 Mister Rogers’ wife, the late Joanne Rogers, said of the album, ” It honors Fred in the field he cared about the most.”

“The past few years has seen a Mr. Rogers revival spurred by the Won’t You Be My Neighbor documentary and the A Beautiful Day In The Neighborhood movie as well as reissues of Mister Rogers’ original albums. While this 13-track release presents new versions of classic Mister Rogers songs, there is a comforting, old-fashion quality befitting Mister Rogers’ own influential, impactful work.

The tunes are sung by an eclectic cast of performers with some probably better known to parents than children (the 5th Dimension’s Marilyn McCoo & Billy Davis Jr do “Let’s Be Together Today” and the Monkees’ Micky Dolenz sings “Perfectly Beautiful Day”). The collection mixes upbeat poppy tunes (The Cowsills’ “Won’t You Be My Neighbor” and Kellie Pickler’s “It’s Such A Good Feeling”) with quieter numbers (Vanessa Williams’ “Many Ways To Say I Love You” and Jim Brickman’s “This Is My Home”), and it all culminate quite appropriately with a group singalong of “Thank You For Being You.” Album highlights include the spirited Latin rhythms on Jaci Velasquez’s playful take of “You Can Never Go Down The Drain,” Jon Secada’s Spanish interpretation of “Won’t You Be My Neighbor,” and actress/singer Rita Wilson, whose husband Tom Hanks wonderfully portrayed Fred Rogers in the movie, provides a tender rendition of “Sometimes People Are Good.” In the case of this sweet, heartfelt tribute album, people are always good.” 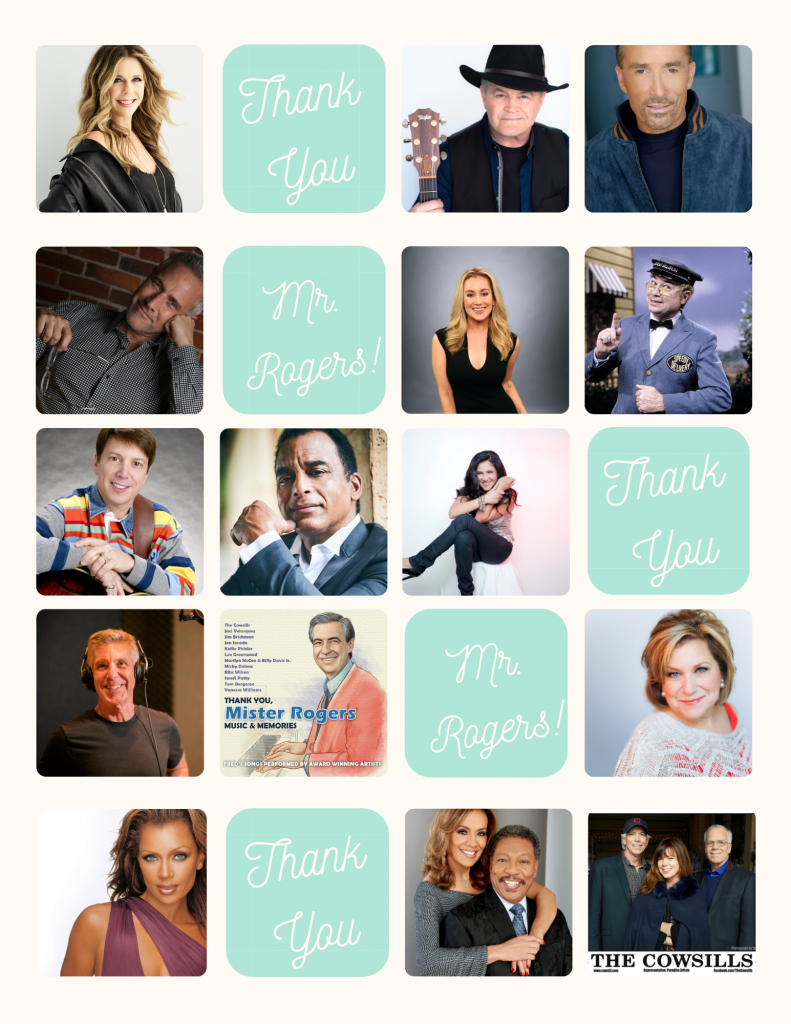