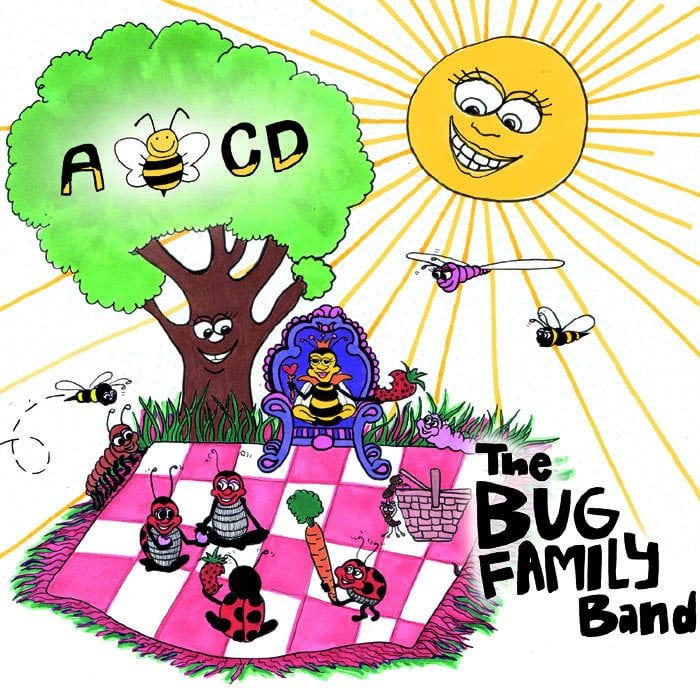 ABeeCD is the 2nd album of (mostly) original music from The Bug Family Band, who have been rocking the SF Bay Area kindie scene since 2009. Released in September 2015, ABeeCD has been awarded the Parents’ Choice Silver Honor and become a favorite amongst their fans. The band is donating 10% of proceeds from ABeeCD to the Xerces Society for Invertebrate Conservation, to aid in their research and education regarding bees and other pollinators.

Why we like it: Whether it’s the rock groove they lay down in “Put My Helmet On” or the soulful air of “Honeybee”; the punk-powered “Hot Seat” or their jazzy “Shape Charade,” the Bug Family Band impresses with this delightful, and musically diverse, set of songs. “A-B-C-D” spells out: success

Suggested Retail: $$13.97 For Ages: For Ages 2 to 12 www.cdbaby.com
Nappa Awards Winner 2016
Share this...
Don’t Miss Out On The Fun
Sign up for our ENews and be the first to know the latest on toys & family must-haves, giveaways & gift and play ideas!
Follow Us On Instagram #PlayLearnConnect
Check out our new Baby Bundle Gift Guide. Features