The X-SHOT Fast-Fill allows you to refill your blaster in 1 second and get back to the water blasting action long before your opponents. Just dunk, fill and close with rapid sealing technology. It shoots up to 30ft/10m and you can fill it anywhere, because a Fast-Fill is everything. Up Your Game this summer! $12.99, ages 5+ 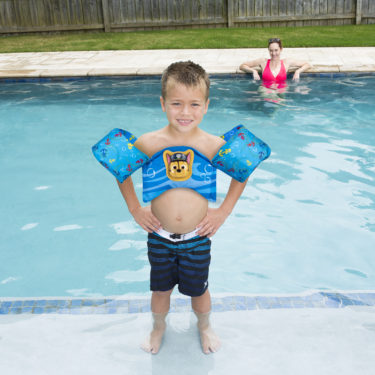 What better way to cool off in the summer than with some super fun water toys! We got some great ones for you! 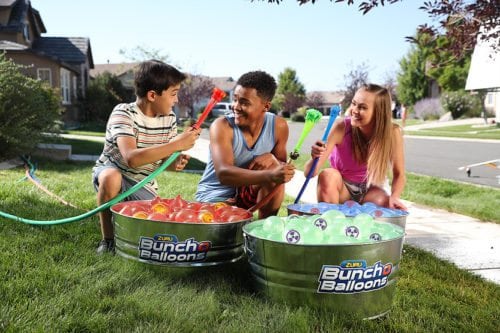 Bunch O Balloons, by ZURU, has teamed up with Marvel Avengers to take down the summer heat. With blockbuster character symbols printed on the balloons, such as Iron Man, Captain America and the Hulk, water balloons have never been so powerful! Simply connect, fill and make hundreds of water balloons in minutes, and let the superhero water balloon warfare begin. Balloons are made from natural latex and recyclable. 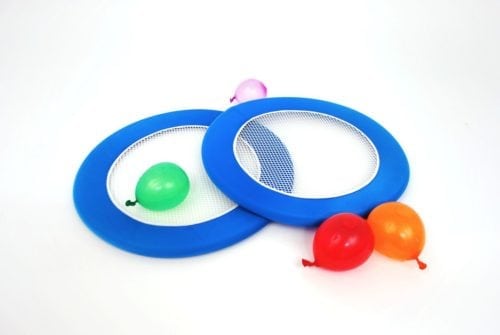 Take the water balloon toss to the next level with OgoDisk H2O. It can flyly, float, and dominate any water balloon fight. This flying disk designed just for water balloon play can also double down as the ultimate pool or beach toy with its ability to float in the water. Let the games begin!
$20.00
Ages 8+ 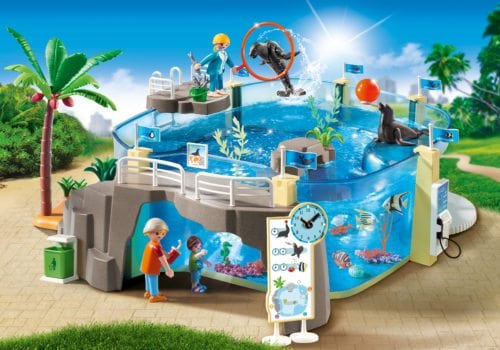 Explore underwater worlds with PLAYMOBIL’s Aquarium. Stand on the visitor’s bridge and watch as the sea lion jumps through the hoop and balances a ball on his nose. Stick around for the next feeding or move over to the rotating carousel to observe small sea creatures. If you stand inside the underwater viewing area, it feels like you’re a part of the ocean as the fish swim by! Aquarium tank can be filled with water.
$59.99
Ages 4+ 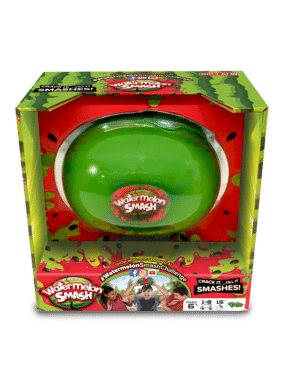 Now go out there and have some fun and remember to #PlayLearnConnect with #NAPPAAwards!

Elena Epstein is a mom of two and the director of NAPPA Awards, the longest running and most respected awards program in the industry, celebrating the best in family products for 28 years. For more product reviews, visit nappaawards.com.