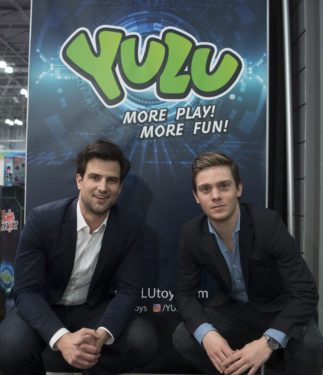 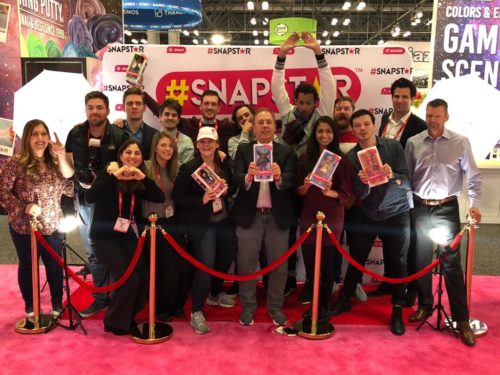 Play is a critical part of child development. It is through play that kids learn about the world around them. It’s important for parents to not only encourage their kids’ growing imaginations, but also to take some time to get back in touch with their own sense of wonder. 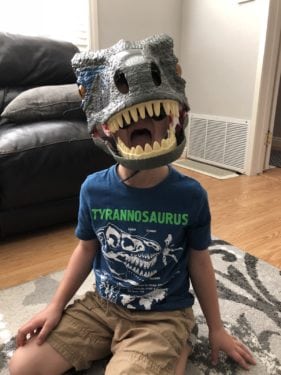 This little dinosaur is ready to run Jurassic World with this imaginative toy.

What is imaginative play?

Imaginative play is essentially roleplaying, when kids are re-creating their own experiences or modeling their behavior off something that interests them. If your child only responds in animal sounds for a week, or insists you refer to their chicken nuggets as dinosaur bones – they’re practicing imaginative play. They can gain inspiration from a commercial, a career day at school or from pretty much anything they encounter in their day-to-day life. Children learn from these experiences, and in order to make sense of the world, they need to engage in imaginative play.

“Play is generally the way that children under age nine learn, so engaging children in play that inspires their imagination — through pretend play and perspective taking — develops both cognition and creativity in youngsters,” said Dr. Gisele Ragusa, an education specialist and professor at the University of Southern California. 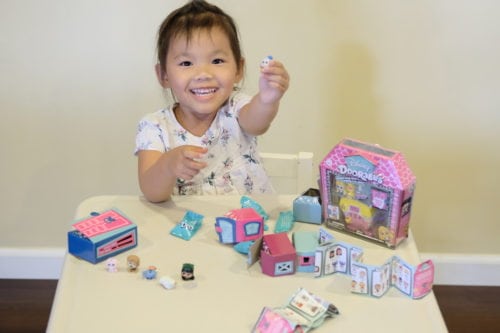 Nurturing imagination can help develop an array of cognitive and social skills, as seen here with the Disney Doorables.

Why is it important?

Although this sort of play seems fairly simple, it’s a critical stepping stone for expanding several developmental skills like language, critical thinking and appropriate social responses. When your child is playing make-believe with their friends, they are passing along, growing on and understanding ideas they might not have otherwise. It’s kind of like your kid’s first business meeting, except with Play-Doh over pencils. In a group imaginative play setting, they’re learning how to work with others and how to communicate what they think in a way that will be received well by their peers. It will also help boost their self esteem when they know they can be anything and everything, just by pretending. 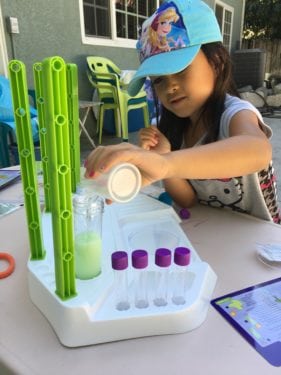 If you listen closely while your kids are engaging in imaginative playtime, you may be shocked to hear words you never thought they’d know. Kids imitate those closest to them, so don’t be surprised if mommy’s or daddy’s favorite phrase turns into Candyglitteropolis’ town slogan. Imaginative play helps your child understand the power of language, and allows them to practice words that can help them describe, organize and reenact play. Developing these kind of language skills will also help them connect experience to written words, and will eventually make learning to read a breeze.

For a variety of playsets, check out our latest winners.

Since the bulk of imaginative play is based in your children’s growing brains, it will blossom their thinking and problem solving skills as well. What happens when two friends both want to be the captain of the spaceship? It forces them to come up with solutions that work for everyone, and these situations help expand their creativity in addition to their critical thinking. 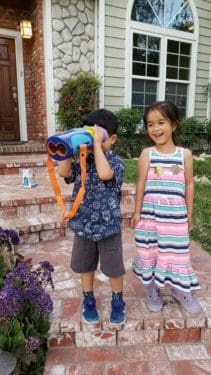 Playing with others helps kids generate and expand on ideas they might not have come up with otherwise.

“Imaginative play enables children to develop independent mindsets and to think beyond the immediacy which is a precursor to abstract thinking; a key feature of higher order thinking,”  says Dr. Ragusa.

How do we encourage it?

To help nurture the imagination, you should provide plenty of props. Toys and playsets are definitely a great tool for fostering creativity.  And so are everyday household items.  It can be as simple as cardboard and old clothes. Have a box of raggedy blankets? Make a fort! Collect postcards? Time for a vacation to Pluto! 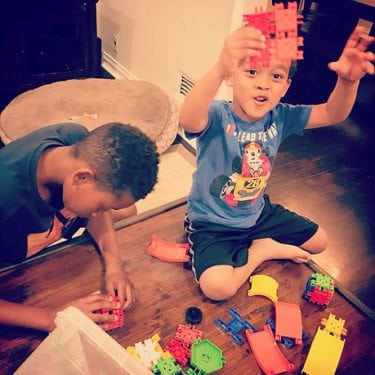 The best part of imaginative play is the quality time you can spend with your kids.

The most important thing you can do to encourage imaginative play is to join your little ones. There will always be a good excuse to do something else, but taking the time to pick up a wand and walk into their magical world is the ultimate inspiration. Not only are you helping them develop their creativity, you’re nurturing fantastically influential memories that will bring a smile to both your faces for years to come. We promise your kids won’t care if your lion’s roar sounds silly – they’re just happy you’re there.

Share this...
Don’t Miss Out On The Fun
Sign up for our ENews and be the first to know the latest on toys & family must-haves, giveaways & gift and play ideas!
Follow Us On Instagram #PlayLearnConnect
Give your baby’s a relaxing, safe sleep. This ma

Get to know these amazing reusable napkins and pla

Captivating, inspiring and triumphant. An educatio

The perfect bling to add to your hair. The clip on

STEAM-powered fun to introduce your little ones to

A safe, cozy sleeping surface for baby that is com

The candy cane used to be white like winter snow.

Help protect growing lungs by creating a bubble of

You can be just like this family with this body wa

Load, Click, Bling and Go with this fun hair piece

Combine arts and crafts with exposure to hands-on,

Ideal for infants for safer sleep. Expert tested a

First is a subscription service for toddlers with

Smaller, lighter and quieter than other double pum