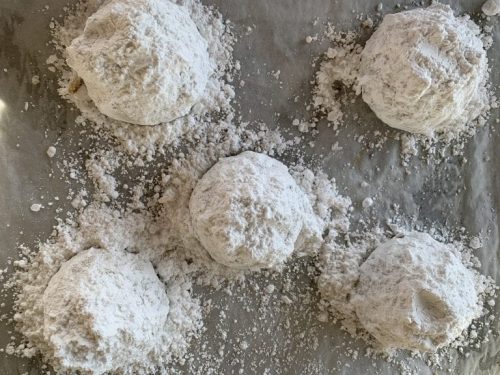 Place the butter in a medium or large saucepan over medium-high heat. Heat the butter until it foams and milk solids fall to the bottom of the pot. Use a rubber spatula to scrape the bottom so that the milk solids brown evenly without burning. Let the butter foam a second time. Butter should have a nutty aroma. Remove from heat and cool. Once cooled, transfer into a clean, scent-free container and refrigerate until ready to use.

In the mixing bowl of a standing mixer with the paddle attachment, combine the browned butter and powdered sugar on medium-low speed for 30 seconds. Use a rubber spatula to scrape the bowl. Add the vanilla extract and peppermint flavor and mix on low speed for 30 seconds. Scrape the bowl well. Add the flour and salt and mix on low speed until just incorporated, about 20 seconds. Add the mini chocolate chips and mix on low speed until just combined, about 10 seconds. Scrape the bowl well and finish incorporating the dry ingredients with the rubber spatula.
Portion the dough into 2-inch balls or use a #20 yellow scoop and place them on a sheet pan lined with parchment paper. Freeze until firm, at least 1 hour. Frozen cookie dough will keep in an airtight container for up to 2 weeks.

Preheat the oven to 375 degrees Fahrenheit. Place the cookies on a parchment-lined sheet pan with at least a 1-inch space between each cookie. Bake for 8 minutes, then rotate the pan. The dough will have puffed a bit. Bake 7 more minutes, or until the edges are golden and small cracks appear. Allow to cool for 5 minutes. Coat warm cookies with powdered sugar. 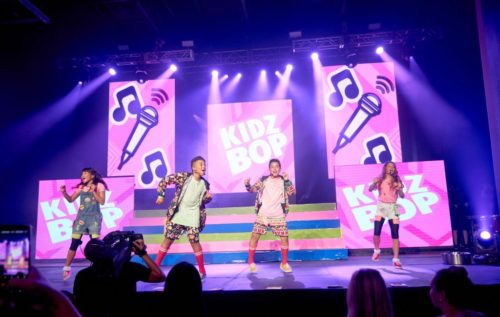 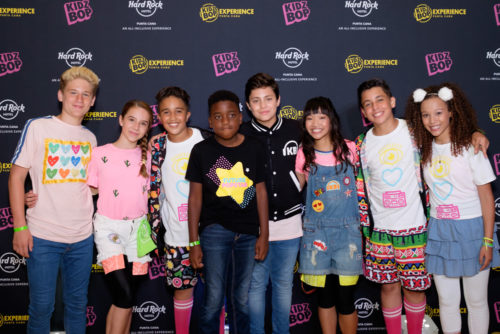 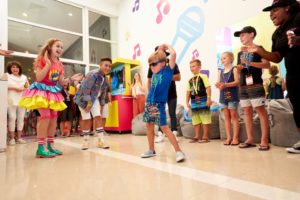 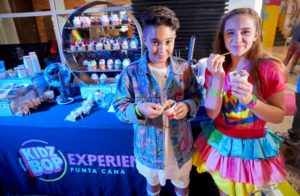 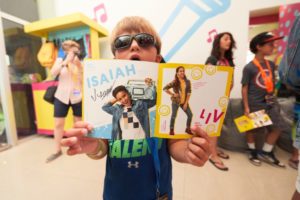 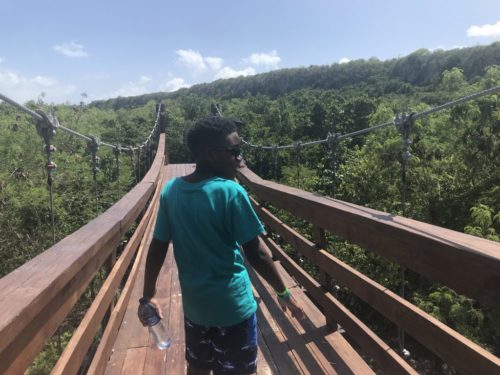 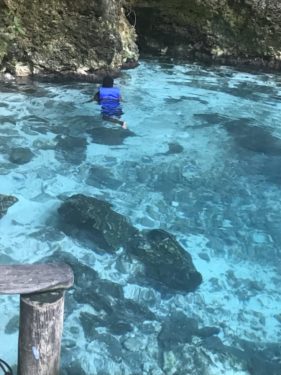 Congrats to Elizabeth for winning our Music CD Bun

More fun #music from our NAPPA Award winners! CD B

Congrats to these NAPPA Award winners featured in

Prevents your child or loved one from unbuckling t

The perfect accessory for your car’s backseat. H

A light-hearted take on a strategy game. Teams of

A toy that’s also a real garden! Features a char